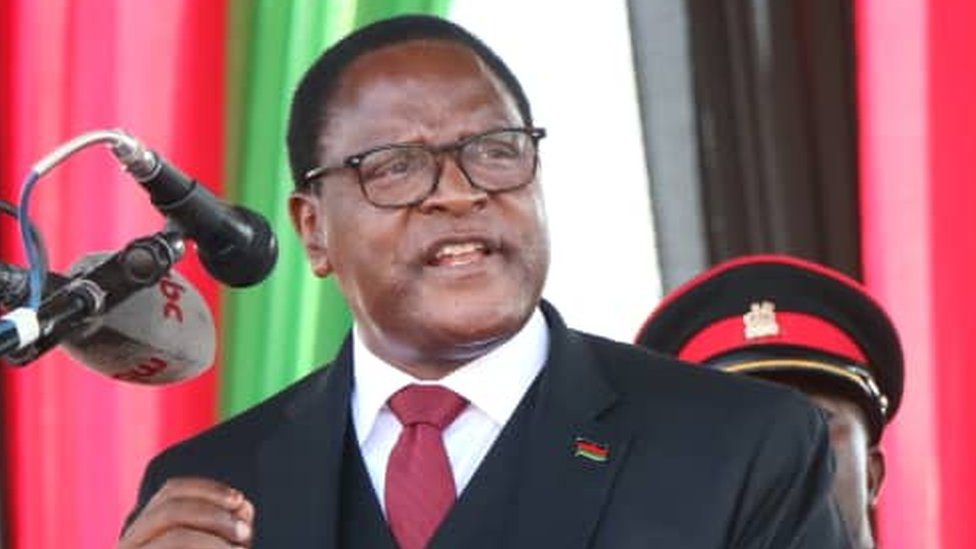 Malawi’s President, Lazarus Chakwera has sparked outrage in his country after he travelled to the United Kingdom (UK) to attend a virtual conference. Chakwera justified his trip to the UK to attend The Global Education Summit, arguing that the internet in his country was unreliable.

Malawi’s presidential spokesperson told the Malawi Times- Malawi News. Chakwera has come under criticism in his country for electing to travel to London for a summit that is being held on virtual platforms.

The Malawian President chose to travel to the United Kingdom with a 10 member entourage. The delegation included his wife, First Lady Monica Chakwera; daughter Violet Lillie and the President’s son-in-law Sean Kampondeni, who is State House director of communications.

Chakwera said that he needed his daughter there because she would provide physical and emotional support during the trip as the First Lady was reportedly not feeling well.

The president has been criticised for taking his family along, particularly Violet; an outbound air tickets sales agent who was recently appointed as a diplomat to Brussels in Belgium.