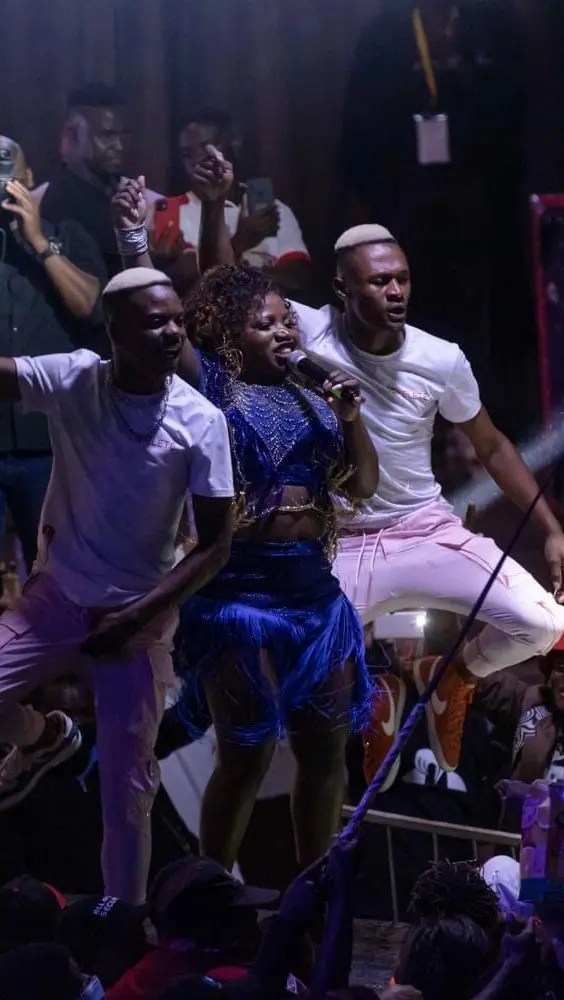 South African entertainer Makhadzi Muimbi is increasingly becoming a continental icon. She proved worthy of the title with another mesmerizing performance at the Hangout Music Festival in Kabumba, Malawi.

Makhadzi was invited to perform at Hangout Music Festival, which started on 5 – 7 November and didn’t disappoint.

Makhadzi graced the stage around 20:00 hrs, dressed in Pink dresses and black boots accompanied by her dancers; her sight by the fans sent the whole arena into a frenzy.

Initial mic glitches nearly spoiled the party mode, but the Murahu hitmaker turned the tables and delivered a stunning performance. Bossing tune after tune, it is that moment she dropped the Murahu song which she featured Zimbabwean artist Mr Brown and captivated thousands of gathered fans who sang along throughout the song.

Recently Makhadzi was rewarded R 5.5 million for her performance in Zimbabwe after a Minister promised to multiple her initial charge times five. She has enjoyed the hype locally and globally, with international and local gigs lined up and fully booked till Christmas. On 22 October, she was billed to perform at The People’s Festival 2021, filled up the Molapo Paiza venue in Botswana and delivered a masterclass performance leaving fans asking for more.

My music was playing EVERYWHERE… in Gaborone; we filled that venue up, she said after a successful Botswana show.

Comparisons with the late South African music icon Brenda Fassie emerge, and Makhadzi is a capable match. Her stage presence and crowd engagement skills are second to none; to date, she has racked in international awards from different African nations as the Best Foreign Stage Performer. Makhadzi’s versatility to speak other languages and collaborate with fellow musicians contributes to her recent success. She is frequent in her native Venda, Zulu, and Xhosa languages. Regionally she speaks fluent Shona Zimbabwean language and Nyanja, Zambian language.