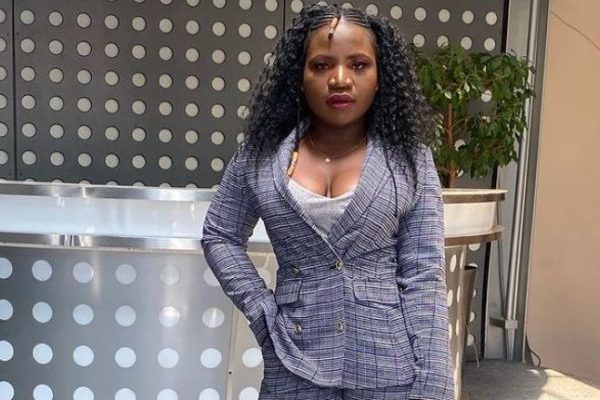 The star made her haters know that she doesn’t care about what they have to say.

A Twitter user posted a now-viral picture of the Red Card hitmaker and Mampintsha and captioned, it “for a moment I thought it was Photoshopped”.

Trolls flooded the comment section to weigh in on the star’s beauty and look.

According to another Twitter user, he said: “I can’t believe you are 24”

Thinking that was all, another troll tweeted revealing she likes her confident eventhough she knows she is ugly.

“The most beautiful girl I know, ngimuhle shem (I’m beautiful). The queen,” she wrote.