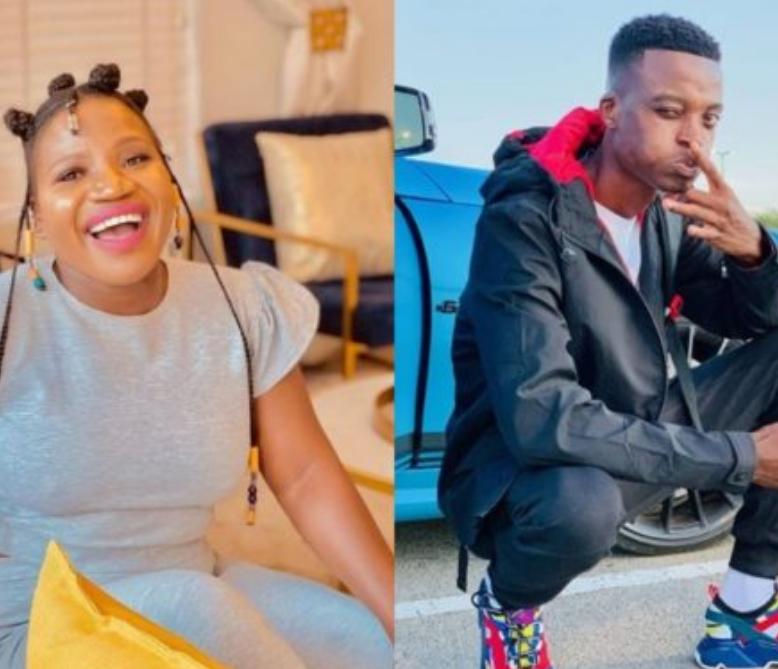 Makhadzi and King Monada are at war over ownership of a song that went viral few days ago.

The song is titled Ghanama, and the two musician worked on it alongside Prince Benza.

However, the two Limpopo singers who thrilled fans few days ago are not taking things lightly over the song, as the two claim they own the song.

Taking to Facebook, Makhadzi said: “GHANAMA SONG IS MY SONG, MY CONCEPT and MELODIES, Featuring King Monada and PRINCE BENZA ON THE BEATS.. I did a song after recording monadas song called impossible.

“Our king must just drop his song called impossible ft makhadzi.. ’cause we can’t let greediness make us fight! How can you own a song without doing anything?

“Our king must do the right thing ’cause I won’t allow him to own my work …no matter the love and respect I have towards him…You all decided to idibala and I like it .. lol like you did when you hakamatorokisi on a piano [gqom] song hamba ngolayini.. we cannot control you guys what to do on a song! You are our bosses we do music for you and we love you all. King must just swallow his pride and give me credit for my work.”

Reacting to her claim, Monada said the Murahu hit-maker agreed that the two of them own the song, but later she got influenced to take back her words and own the song alone. He revealed that some persons from her side are bribing his employees to send them the song.

Makhadzi hit back again saying she’s worked with Monada multiple times and he’s never given her the credit she deserves.

“Even the recording sessions were bad, Monada used to treat me like a dog. I used to skip exams because of him. He would say “wait, we will record tomorrow” and just because I knew what I wanted in this game, I was patient,” she explained.

South Africans are not happy with the fight between them as they anticipated the release of the collabo which is said to be a hit.