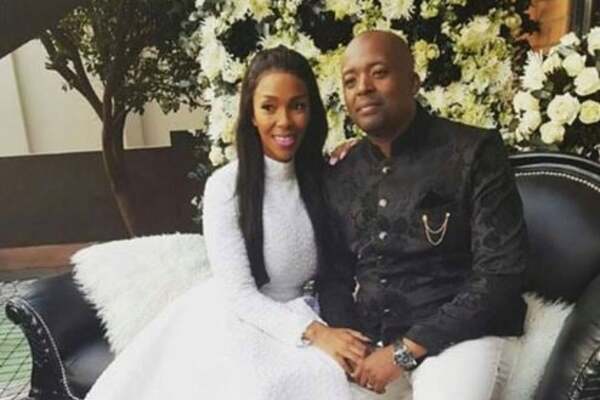 Mafikizolo’s Nhlanhla Nciza has bared her soul in an open letter to her son about the heartbreak of her daughter’s death, which left her feeling like she may never see another day.

Taking to Instagram, Nhlanhla penned the birthday message to her five-year-old son, Luvuyo, thanking him for being there in her darkest moments.

“You are the reason I wake up every day and strive to be a better person than I was, the reason I want to do good and the reason I’m excited about the future. You, my son, are the reason I’m alive. You saved my life not once but twice already in your young life and because of you, no-one can ever stand before me and question God’s love for me.”
Nhlanhla and her estranged husband Thembinkosi “TK” Nciza lost their daughter Zinathi in 2009.

Reflecting on her heartbreak over Zinathi’s death, Nhlanhla wrote: “I thought it was the end of me, the pain and the hurt was so deep, so intense and so unbearable, I never thought I’d be able to survive another day.”

She said Luvuyo healed her heart and taught her how to smile and laugh again.

The singer said her son again came to her rescue a few years later when TK and Nciza announced their divorce.

“It was one of the worst years of my life. I was in such a dark place, so broken, so depressed and in so much pain that at times it felt too much to bear.

“And you my son, just a thought of you or a look at your face brought back a little glimpse of light back into my life, and I hung on to that little spark of light with my dear life. And just like that, you brought me back to life,” she added.