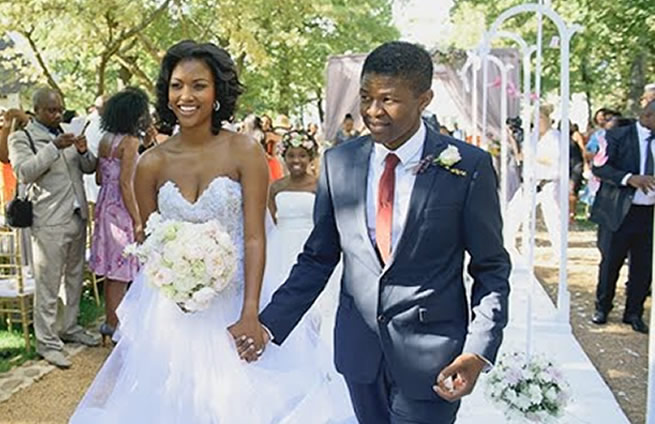 Lethoko allegedly told the multi-millionaire to back off after patiently waiting for him to divorce his estranged wife and supermodel Rosette Mokgotsi.

In an interview with Sunday World, Lethoko said she was looking forward to her life without Ncwana.

“I hereby confirm that Lunga Ncwana and I have parted ways … our engagement has also been called off.

“Even though this separation has not been agreed to by both parties concerned, I have elected to put myself first,” she said.

She added that she is ready for a new chapter in her life and has no regrets.

“I take consolation in the fact that I gave my best in the relationship and I have no regrets.

“I accept that we wanted different things and acknowledge the lengthy process of his divorce, hence I’m choosing to give him space to proceed without my influence,” she said.

Lethoko has also moved out of their home and returned to her parents’ house, saying she can no longer wait for Ncwana and Mokgotsi’s divorce to be finalised as both parties were dragging their feet.

According to a source, the two former lovebirds are suspected to be rekindling their love.

Sources close to the drama say that Ncwana and Mokgotsi were still in love but pride was keeping them apart.

ried in a star-studded ceremony in the Cape winelands in 2015.

Ncwana did not respond to texts sent to him.

He also did not pick up calls when called for comment.