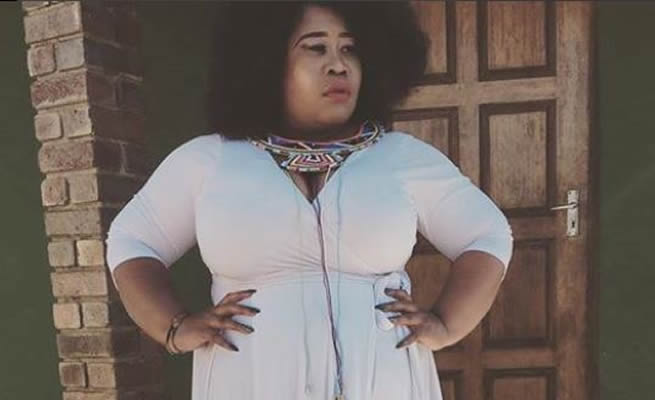 Lufuno was bullied by another pupil on Monday and then later died by suicide after taking an overdose of tablets.

In a video clip currently circulating on social media, a pupil can be seen repeatedly slapping Lufuno across the face. The clip caused an outrage, with people calling for justice for Lufuno.

In a heartfelt message, Nomsa said that she felt the slaps Lufuno suffered.

Nomsa was bullied by fellow pupils during her schooling days, she explained that fellow pupils would constantly insult and humiliate her.

“I have a lump on my throat. I’m literally feeling sick. I want to be like a snake when it’s shedding off its skin. How could a human being be this cruel? How could a human being be this evil? Here I am sinking back to this hard cold place of sadness. The slaps Lufuno suffered, I felt on my cheeks. I felt the cut from the knife that stabbed Lulu. Why? God, please show your face! Maybe this hate will also go away. Now a family has to live without their daughter! Lulu’s family has to bury their child in pieces! Cry our beloved country. Khalani Mzansi kuse kude phambili. #JucticeForLufuno #JusticeForLulu,” she wrote.