LOL! Somizi pretends to be a famous soccer player while in Namibia – Video

LOL! Somizi pretends to be a famous soccer player while in Namibia – Video 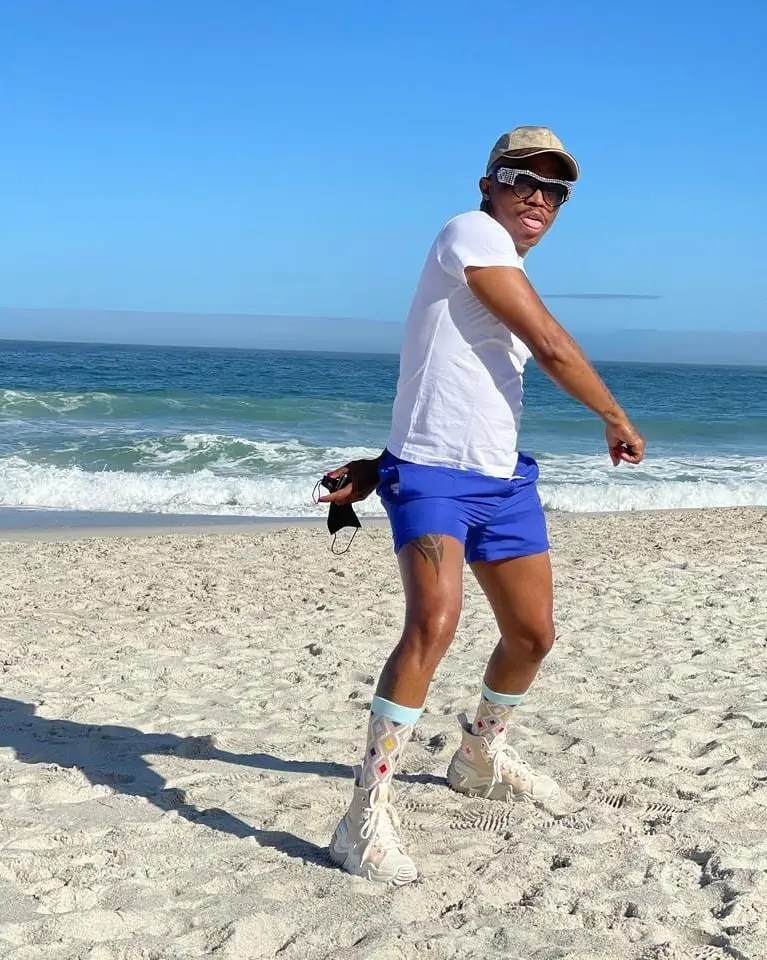 All it took was crossing the border for media personality Somizi to become a “soccer player”. You can now call him Ravaza Morithitho, loosely translated by Somizi as someone who enters the field and all hell breaks loose.

Although he was there for his official book tour/signing, Somizi let his hair down and turned the work trip into a much-needed break after his much-publicised split from estranged hubby Mohale Motaung.

Abuse allegations against Somizi surfaced after the separation, and then he felt the full wrath of the cancel culture brigade when he lost his seat on SA’s prominent musical talent show Idols SA. Somizi has denied the allegations.

The video shows Somizi poking fun at a rather unsuspecting bike instructor. He was told Somizi is famous and he had to find out what it is the star is known for.

The instructor was told I’m famous, then he came to ask what do I do … just listen.”

On Instagram the hilarious video has been viewed more than 60,000 times and still counting.

Somizi rubbed some salt into the wounds of supporters by calling Kaizer Chiefs Izinkomo (cows). This is a slang term used in South Africa if a team or a player is on a losing streak. The football club has been on a losing streak for a while now and Somizi further added to fans’ pain.

He has also took some time to learn the local language.