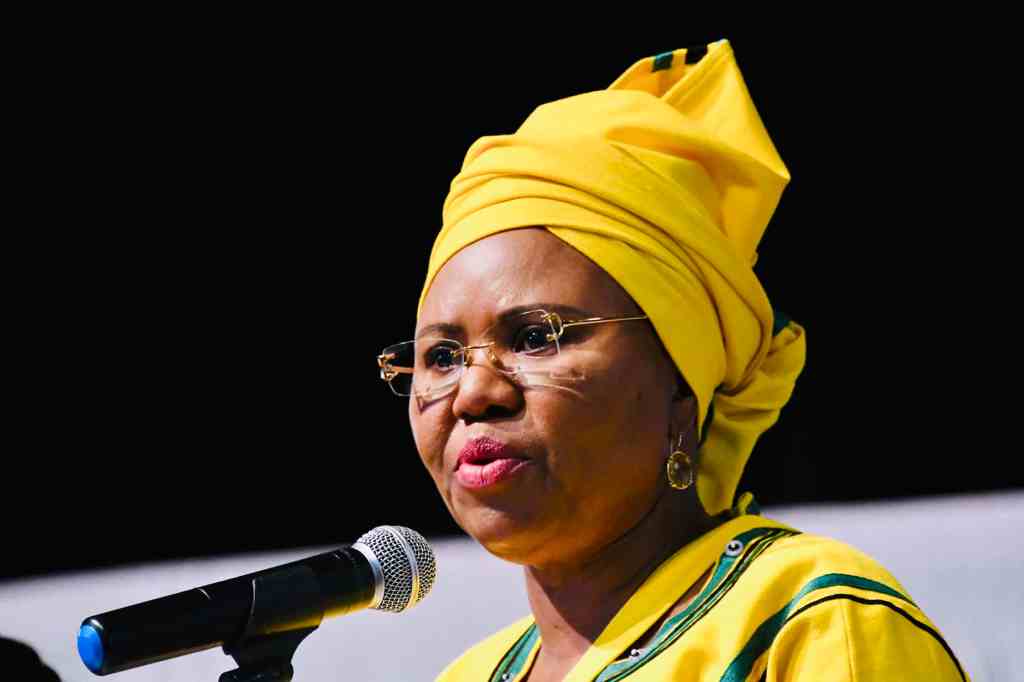 Social Development Minister Lindiwe Zulu has once again maintained she had no part in the police’s spraying of water cannons on South African Social Security Agency (Sassa) recipients who were standing in line in Belville, Cape Town.

“Once again, I would like to put it on record that I never instructed members of the police to use spray water on the poor and vulnerable South Africans who were queuing outside Bellville Sassa offices,” Zulu said.

The incident sparked outrage amongst South Africans and prompted many to condemn the minister, particularly after she was seen inside a police Casspir. To the contrary, Zulu said she had ordered the police to not spray the people with water.

Police were using the water cannons to force people to practice social distancing and Zulu used a loud hailer to address the crowd, after some accused her of running away from the applicants. Quite

“As the minister of social development, I fully understand that social grants have been and continue to be a cushion for the most vulnerable in these difficult and unprecedented times. My visit to Bellville Sassa office was to address the issue of long queues and to ensure our people receive the much-needed services, in a manner that uphold their human dignity,” the minister said.

Zulu slams ‘false and misleading’ claims she ordered police to spray Sassa applicants
Lindiwe Zulu has labelled the allegations that she instructed police to use the water cannons on the Sassa applicants, as untrue, saying they were aimed at tainting her and the African National Congress (ANC), in which she is an NEC member.

“The allegations that I instructed police to use water cannons on the very same people I went to assist are not only false and misleading, but also designed to cast aspersions on my character and the organisation which I represent,” she said.

During a recently-held meeting, Zulu informed members of the Portfolio Committee on Social Development that the use of a water cannon by police is currently under investigation by the Western Cape police to establish what exactly happened on the day.