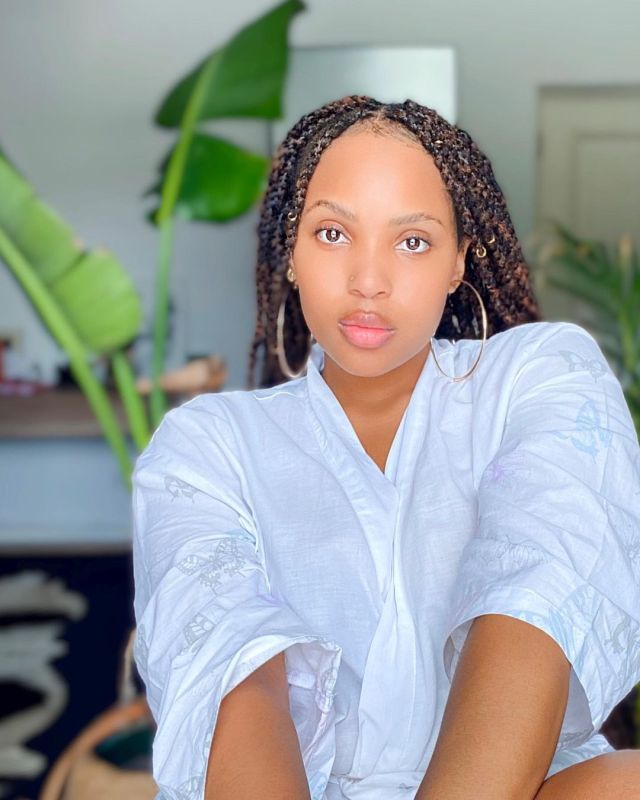 The River actress and mother to Bean, Linda Mtoba gave tweeps a reality check when she reminded them that social media isn’t real in a series of tweets.

She reminded tweeps that people only show us what they want us to see and that social media isn’t necessarily a reflection of real life. The mother of one warned tweeps that all that glitters on Instagram isn’t always gold

“We get so consumed with what we see on IG that we think it’s a real representation of the life and the lives people lead. When in actual fact not many afford the many things we take for granted.”

“Reality is not every second person has a LV bag or Dior shoe or Hermès bag in the way IG will make it seem. And it’s OK to not have those things. Take all the time you need in life.”

“Look around you and do a real-life assessment, how many people do you know actually have those things? Are we so detached from reality?”

Here are replies from her fans who agree with her thread:

“Totally agree with you. It’s one of the main reasons I’m not on Instagram, because as people we don’t understand the psychological effect social media has on us. You literally think that you’re the only one whose life is stagnant.”

“I agree with this thread Linda, we are so detached from reality at times. IG can do that, it’s not the norm for people to be carrying around bags that cost more than R10k. A lot of SA’s just don’t have that kind of money.”

“Thanks for putting this so succinctly, IG can trigger areas in you that you feel you lack by way of success. Make sure you’re doing the things you need to in your reality in order to not get lost in the sea of imagery. When we aren’t stable within we are more susceptible to illusions.”

“Some people think its real representation but it’s not. Loving yourself is more important than trying to be someone else you saw on IG.”

ZAlebs previously reported that the actress will star in a a new film directed by Sisanda Henna titled “One Night Kwa Mxolisi” alongside Buhle Samuels, Nyaniso Dzedze & Motlatsi Mafatshe and many more…