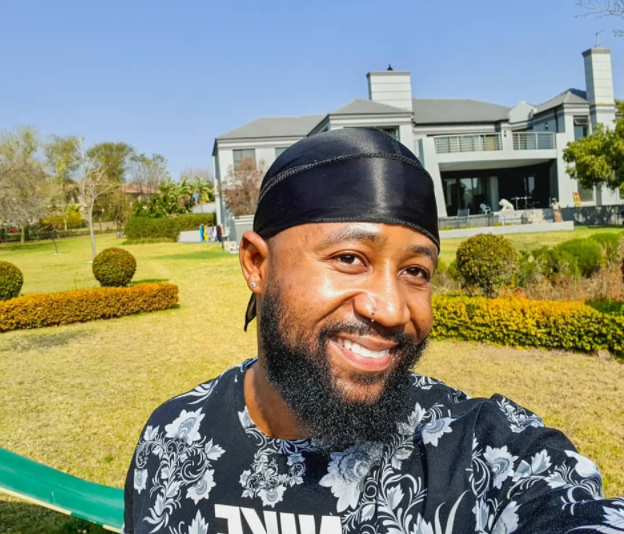 Cassper Nyovest has one of the biggest houses in South Africa and never shies away from showing off to his fans. He records most of his content there. From ads, interviews and even some of his music. The crib is located in the wealthy neighbourhood of Kyalami in Johannesburg. It boasts a fancy pool, broad landscape and great views.

In a 2017 article e, it was reported that the house cost the rapper a whopping R10 million. Chatting to Anele on Real Talk with Anele in 2017, Nyovest revealed that he lives with some of his family members as it reminds him of growing up in Mafikeng. He recently gave his fans a tour of his fancy neighbourhood on Instagram. He said that he grew up being woken up by the loud sound of taxis and now he wakes up to the sound of horses.

It seems the Family Tree boss will not have any problem maintaining his expensive lifestyle. Last month he penned a R100 million deal with Drip footwear. Slikour shared a live stream from the press conference and Mufasa and Lekau(founder of Drip) explained what the deal was all about.

“I come from an average South African home, and I’ve told my story a lot of times. I don’t normally tell my story but I met Lekau on Twitter. I saw his shoe and then I hit him up and said I liked his shoe. I wanted to buy the shoe and then he came over to the studio. I was still working on my fourth album.” Explained Cassper.

“And then he came to the studio with a couple of shoes. Immediately being a businessman, I was like man we should make a shoe. That’s how the relationship started. From there we became actual friends and started talking about business in general. I’ve been able to achieve a lot in a short period of time with my team. I feel like we could do much more and feed more people and create more jobs together.”

Their first joint venture – Cassper’s new sneaker – is alright up for sale and was sold out within hours. The reactions to the design have been mixed as some people feel that the rapper could’ve done better. DJ Speedsta also voiced his disappointment at the design of the show but applauded Cassper for his hustler spirit.