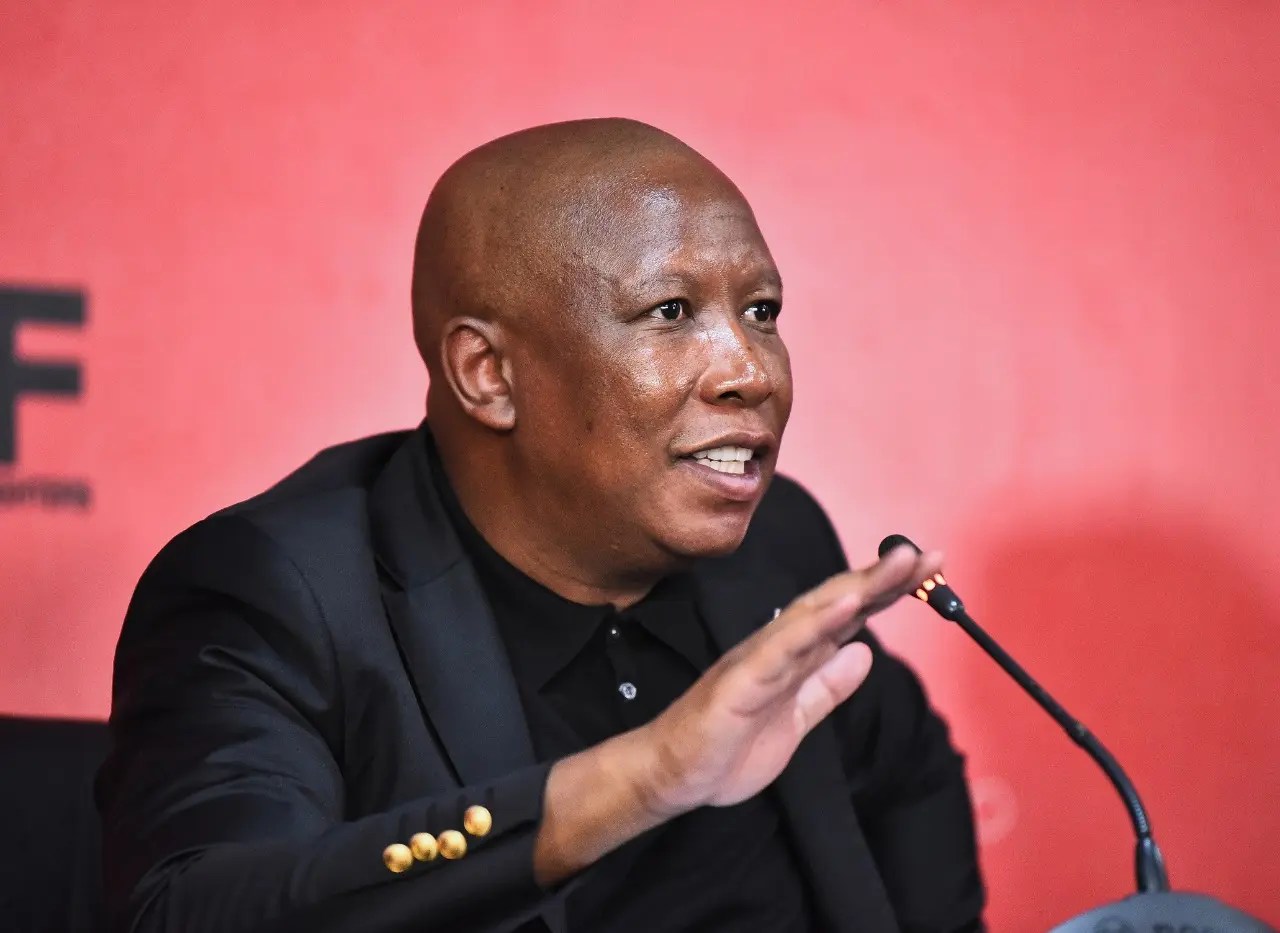 Economic Freedom Fighters (EFF) leader Julius Malema has snubbed the negative comments about his party on social media and chose to rather thank the party supporters for taking to the polls on Monday.

The party has been subject of mockery on social media as people claim the party’s large campaigns did not translate into votes, a claim that has been rejected by the party’s secretary-general Dlamini Marshall.

While the party has filled stadiums that only accommodate thousands, the votes always reach millions, he argued.

As at 7pm on Tuesday, the EFF had garnered just over one million votes.

[HAPPENING NOW]: SG @DlaminiMarshall addressing the critism that the EFF always fills up Stadiums but it does not translate into votes. #ElectionResults2021 pic.twitter.com/P6ck9exLuH

Taking to social media on Tuesday, Malema thanked the fighters for voting for the party and urged them to “continue the good fight”.

He tweeted: “Siyabonga, thank you very much the beautiful people of our motherland. Le gosasa, fighters, let’s continue the good fight. #DANKO!”

The party’s treasurer-general Omphile Maotwe said the party sent out all its ‘soldiers’ during its election campaign hoping to win.

“The results are not fully in but we’re concerned about the time. Some municipalities have been stagnant for some time now. We entered this for a win, we want to win all of them. Also, we’ll always be ready to be a party that governs. Even though we were the ones that said let’s postpone these elections for safety, the government did not listen to us,” she said.

“You’ve seen how we registered our councillor candidates in s short period of time, you’ve seen our campaigns have been very successful, al the community meetings were packed to capacity, our people came out in their numbers to say we will vote eff and the results we will show that the eff is a party that is ready to govern.”

While the Democratic Alliance said they would avoid the EFF and has flip-flopped on whether to work with the ANC, the EFF has, however, said they’re open for any number of outcomes and its leaders are playing their cards close to their chest.

It’s likely they will once again have the final say on who gets power and who not once the count reaches 100% countrywide.