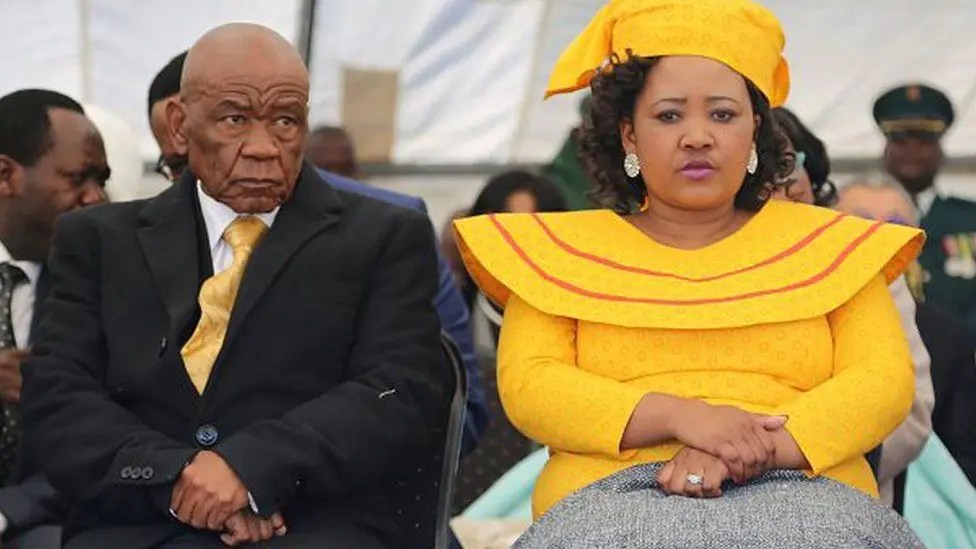 Lesotho’s former prime minister, Thomas Thabane, was charged on Tuesday over the murder of his estranged wife in a case that has shocked the southern African highland kingdom.

His current wife, Maesaiah Thabane, who has also been charged over the murder, sat beside him as the charges against them were read out at a preliminary court interview in closed chambers at the High Court of Lesotho.
Maesaiah Thabane, 43, and the former premier, now 82, have both denied involvement in the killing. Clad in a navy blue pin-striped suit and a light blue shirt, Thomas Thabane sat calmly next to his wife, who wore a maroon dress and a straw hat, as the charges were read out.

Lipolela Thabane was shot dead as she sat in her car near her home in the capital, Maseru, days before Thomas Thabane was sworn in as premier in June 2017. They had been going through an acrimonious divorce at the time of her death.

Police allege that Maesaiah hired eight assassins to kill Lipolelo but was not present at the shooting.
Thomas and Maesaiah Thabane, who married two months after the shooting, are also charged with the attempted murder of Thato Sibolla who was with Lipolelo Thabane when she was shot, and with malicious damage to property — the victim’s car.

Thomas Thabane resigned in May 2020 after pressure to quit from his All Basotho Convention (ABC) party, opposition figures and South African mediators.