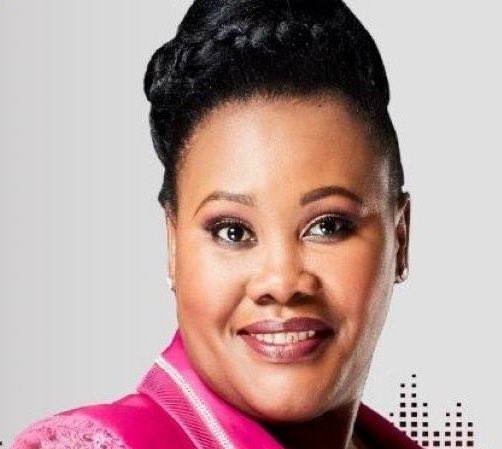 In yet another incident of Gender Based Violence in the country, a radio journalist by the name of Dimakatso Ratselane has been stabbed multiple times by her husband.

Entertainment commentator Phil Mphela tweeted about the Lesedi FM radio host’s ordeal and added that her husband is suspected for the stabbing. “LESEDI FM host Dimakatso Ratselane stabbed & in critical condition. The radio host was reportedly stabbed multiple times. Her husband, who is now a suspect, is still at large, according to recent reports.”

Her husband, who is now a suspect, is still at large, according to recent reports. #KgopoloReports pic.twitter.com/MyVvFWhS0Y

The South African Broadcasting Corporation (SABC) issued out a statement and condemned the stabbing.

The statement reads as follows:

“The South African Broadcasting Corporation (SABC) is saddened by the Gender-Based Violence (GBV) incident concerning one of its female news employee based in the Free State. The SABC wishes to express outrage and condemns the incident with the contempt it deserves.

“The Corporation views the horrendous incident as one of the enormous threats to the right to life, family stability, social progress, women advancement and productivity in the workplace. The SABC wishes the concerned employee a speedy recovery and will provide all the necessary support.

“As a public service broadcaster, the SABC remains an important institution for empowering citizens with valuable information, to create awareness regarding various social ills including the intractable and atrocious Gender-Based Violence. The SABC is committed to continuing playing its critical role in heightening citizen vigilance and consciousness in this matter.”

Images of the victim have been circulating around social media as well as her husband who is rumoured to be the one who had stabbed her.

Our ZAlebs have always remained vocal about issues of GBV especially when incidences of GBV reached an upsurge. Rapper Boity slammed men for their crimes against women. In a series of posts Boity shared her grievances stating, “Dear Men. All Men. YOU DO NOT OWN OUR BODIES. YOU ARE NOT SUPERIOR BEINGS. WE DO NOT OWE YOU OUR LIVES. WE DO NOT COME FROM YOUR F*CKIN RIB. NO MEANS NO! STOP KILLING US!”.

Bonang Matheba also urged people in government to keep the same energy when it came to GBV as they were more focused on alcohol and lockdown law-breakers.

Black Coffee and legions of celebrities are calling on government to take action. He started by organizing a march at 150 Commissioner Street, Soweto, hopeful that it would shine light on these atrocities.

We sincerely wish the radio presenter a speedy recovery.