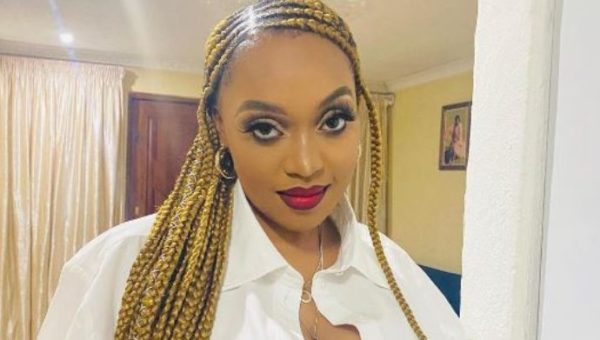 Lerato Marabe has rubbished all the allegations that she is tying the knot.

The star denied the allegations in a radio interview.

Lerato who is playing Pretty Seakamela on SABC1’s most hit show Skeem Saam has set the record straight for once and for all.

However, the actress in real life is happily in a relationship with her boyfriend.

According the IndAfrica, on a radio interview Marabe denied the rumors of ever getting married to her real boyfriend.

They are in love and in a very committed relationship but the pair is not even talking to get married soon.

“Skeem Saam actress Lerato Marabe has vehemently denied claims that she’s a married woman. The actress who plays Pretty on the SABC1 educational show stood her ground in an interview at Metro FM after she was asked if she was married“