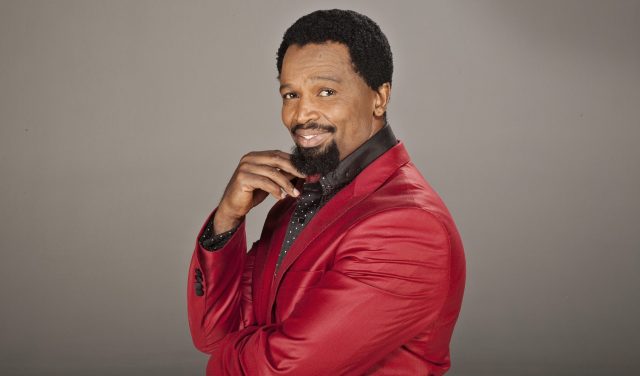 The podcast series will touch on Sello Maake’s personal life and lesson learnt over his many years in the entertainment industry. A statement was issued by his management team on the new gig.

“Touch HD has joined forces with the legendary Sello Maake ka-Ncube. Ntate Sello will be the host of a podcast series called “Open Up With Selo” on the Touhch HD platform which will offer listeners a glimpse into the veteran actor’s most intimate thoughts. Although Ntate Sello has been in the television and film industry for over 40 years, he has shied away from the spotlight. However, now that he has earned his stripes and will share his experiences through various topics such as manhood, womanhood, social cohesion, equality, absent fathers, divorce, illness, family values, social relationships, and many more.”

The legend will go deep into those topics that many people are afraid of getting into. The new show will be unfiltered and will leave nothing on the surface.

“Some people come from conservative cultures and may be less prone to discussing personal issues and generally, men across many cultures are not encouraged to talk about their emotions and have learned to resist from an early age. He will allow his true thoughts and feelings on these different topics and is willing to share himself and form a deep connection with his listeners and will not leave anything on the surface.”

The podcast series will be launching this month on a special day in the country. “The podcast, which promises to be a candid conversation that will keep you guessing between Sello Maake Ka-Ncube, renowned guests and listeners will launch on the 18th of July 2021(Mandela Day).” The statement read.

Currently, the biggest podcast in South Africa is Podcast And Chill by Mac G and Sol Phenduka. They are hitting big numbers week in week out. They recently had actress Simz Ngema as a guest on their show. She opened up about her religious beliefs, how she met her late husband Dumi Masilela and her current bae Tino.