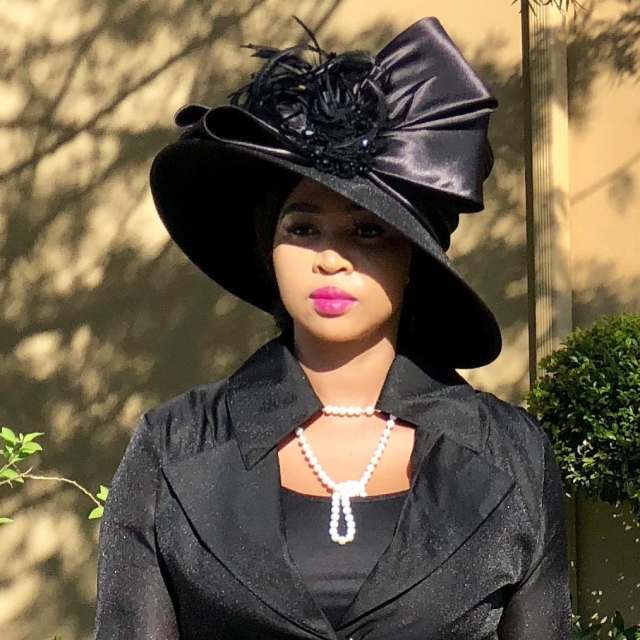 It seems Sfiso Ncwane‘s widow Ayanda is living in fear of being poisoned. On the latest episode of real housewives of Durban the trendsetter dropped yet another bomb.

She refuses to eat at events or gatherings and will purposefully arrive late so that she misses those meals. When questioned by her co-stars she revealed the following “I don’t eat ready prepared food, I need to see how it was prepared and who prepared it.”

It later came to light that she believes Sfiso might have been poisoned. She also touched on his gastrointestinal disorder and how she is no longer eating any food made specifically for her at events.

Yall don't listen. Ayanda does eat at events where there are buffets. She just doesn't take food that's directed to her specifically because her brother & husband were poisoned #RHODurban pic.twitter.com/E3JtTS3JXd

I also don't eat at people's events. Family or not. And people who know me are fully aware, but they ate at my wedding and i didn't 🤷‍♀️
So i completely understand where Ayanda is coming from. Batho ba loya #RHODurban

Ayanda always arrives late at functions so that she doesn't have to eat the food served there. Makes sense now. #RHODurban pic.twitter.com/HUt7JUzwqp

The couple have always been controversial. Before his death Sfiso and Ayanda Ncwane received major backlash for failing to provide for his mother, Fikile Ncwane, despite splashing out nearly R2-million on a new car for his pastor.

It didn’t help that a local publication posted a picture of his tearful mother’s empty fridge or that Sfiso confessed that he did not go to her house because she has zombies at her place.

Ayanda was also criticised by fans because Sfiso’s mother claimed that whenever she asked for money, Mrs Ncwane would say they do not have the cash to support her.

While Ayanda is just as flashy as her husband, she is certainly no gold digger and has often been credited with helping Sfiso get to where he is today. She currently acts as his manager.

Like Sfiso, Ayanda comes from humble beginnings. She grew up in Ndwedwe and moved to Johannesburg after high school.

She started off as a waitress and was soon acting as an extra in popular soapies like Generations, before getting her “big” break in the Mzansi TV show.

It’s clear that this rural girl fought her way to the top, and she is not shy about showing off the fruits of her labour.