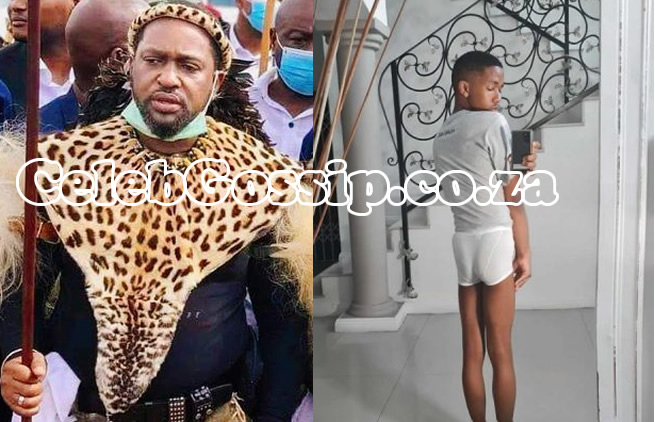 Since the appointment of the new Zulu King Misuzulu Zulu after the death of his father many people are ecstatic to have a king again.

His appointment seems to be a key turning moment after some Kingship wrangles that made all sorts of headlines recently.

A lot of people have been commenting on how handsome the new king looks and a lot of girls were publicly shooting their shot on social media.

Lasizwe set tongues wagging after saying he too is crushing on the handsome king and wouldn’t mind giving him his virginity.

“The new Zulu King can definitely take my virginity… Literally I would make a plan on how I would carry his babies! No ways!!! I have the biggest crush on him! He’s such a handsome man with PRESENCES AF! Bayede wena weNdlovu!” he wrote.

The new Zulu King can definitely take my virginity… Literally I would make a plan on how I would carry his babies!

No ways!!! I have the biggest crush on him! He’s such a handsome man with PRESENCES AF!

His tweet however got many angry,here are some of the reactions

“Lasizwe is just joking, no need to be sensitive. I doubt even the King himself will get offended if he sees that tweet. Don’t get overworked, we are Zulus but we are still commoners at the end of the day neh”

“Everything is content to Lasizwe, he doesn’t know when to stop. I feel like he’s being disrespectful to the Zulu King.”

“I adore you content but respect our king indeed brul. You can’t be saying such things, total disrespect to our king, our culture, our Zulu nation.

As much as we respect you and follow you, please do the same to us @lasizwe
! Thank you ”

After the backlash the fake it till you make it reality star took bake his words but still mantained he has a crush on the Zulu King.

Maybe the virginity part was a bit of a stretch BUT STILL!! The Zulu King is so HANDSOME OMFG!!

I literally have the BIGGEST crush on him! Wow sir uMuhle My King.

Catching up on the TL drama, so people are angry at Lasizwe for saying what we' ve all been saying about the Zulu king. I mean none of us here qualify but we can crush akere… pic.twitter.com/P8dzLmvLdD