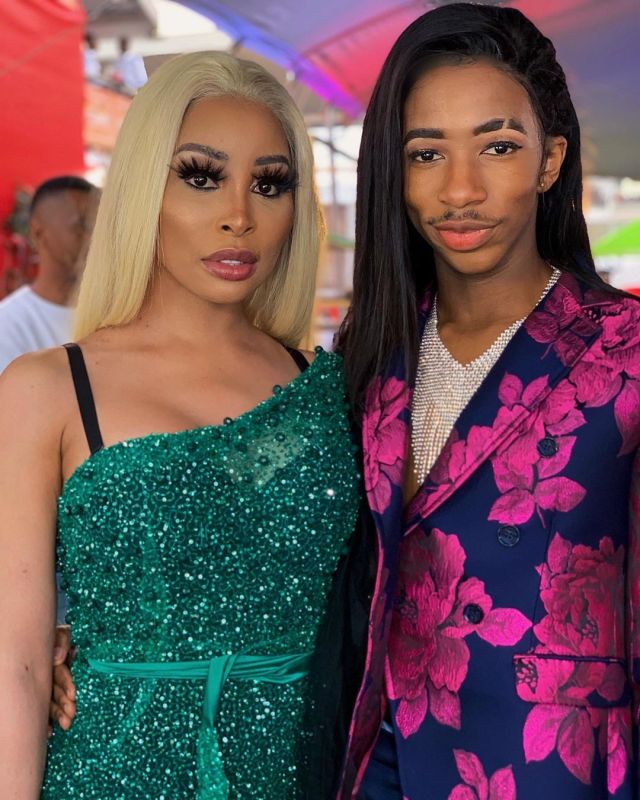 Mzansi reality show star Lasizwe has weighed in on rumours that his sister, actress Khanyi Mbau, is set to walk down the aisle soon, telling fans he has never seen her so happy.

Khanyi and her businessman bae Kudzai Mushonga became Instagram official last month, and have been heating up the TL ever since.

The pair have also been quite candid about their relationship, and Kudzai spilled the tea recently about paying lobola for Khanyi.

Responding to a question on Instagram Stories asking if he would marry his bae, he said: “Big yes. Paying lobola just now.”

He also posted snaps and videos of himself in Khanyi’s “hometown” of Soweto and referred to her as his wife.

Reacting to social media reports about their rumoured upcoming nuptials, Lasizwe said he could “advocate” for the couple.

“This is real love! I’ve never seen my sister so happy and content,” he said, adding that their relationship made him “want to believe in love again”.

Lasizwe is back in the dating game after a recent heartbreak.

Speaking to the publication, the Fake It ‘Til You Make It Star detailed how he had bought his former bae a plane ticket to Cape Town and dropped him at the airport, only to later catch him at groove in Braamfontein, Johannesburg.