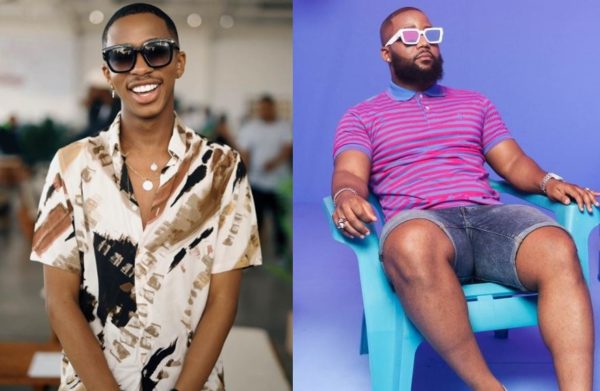 South African television personality Lasizwe Dambuza has been involved has been one unlucky celebrity when it comes to love. This has not stopped him from admiring and shooting his shots whenever he desires. This time it looks like Lasizwe has set his target on prominent rapper and businessman Cassper Nyovest. Taking to Twitter Lasizwe commented on Nyovest’s picture but specifically announcing that Cassper is good looking. 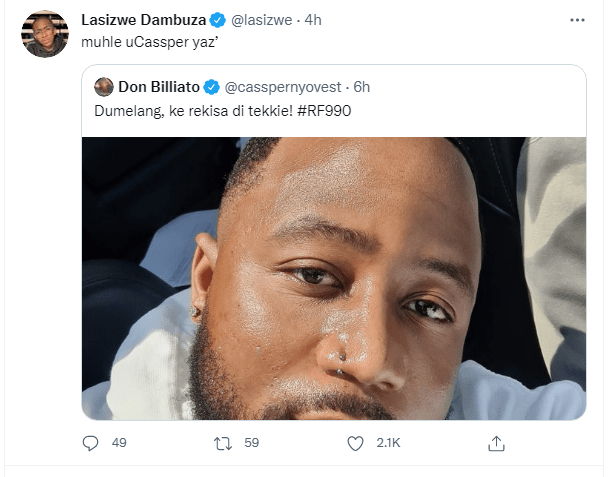 This tweet has caused havoc on social media after many believe this is a way of Lasizwe telling Cassper that he likes him and would want to go out with him. Many women agree with Lasiwe and comment a lot of good things about the Tito Mboweni hitmaker. Some of Cassper Nyovest’s fans are not happy and tell the social media personality to set his target elsewhere or even try Mohale who is currently going through a divorce with Somizi.

Here are some of the comments from the public: 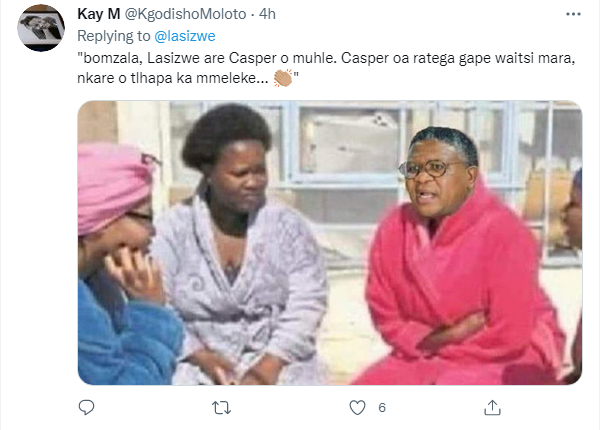 “Are you shooting your shot Lasizwe?”

“I’m obsessed with his teeth sooo white and well structured”

Maybe Lasizwe is ready to date again after he had publicly declared that he had given up on men following the Mr Smeg incident. Since then the two are not in good books. Their date was so hyped and everything that happened Lasizwe showed his followers on social media anticipating that Mr Smeg would be different.

Unfortunately things did not go as planned. Mr Smeg continued taking a lot of people on dates and this disappointed Lasizwe. At some point last year Lasizwe cried on Instagram live after he found out that his boyfriend then had lied to him.

On the other hand, Cassper Nyovest has been very secretive about his relationships these days following the failure of his two relationships with popular people. After singing about her and showing her to the world Amanda Dupont went on to cheat on Cassper and broke his heart. Giving love another chance Nyovest started dating fellow rapper Boity Thulo but still things ended way to early than people expected.

These two men have been hurt and been disaapointed amd now they are taking things differently when it comes to the love lives. Will Lasizwe’s shot hit the bull’s eye? That is the question on everyone’s mind.