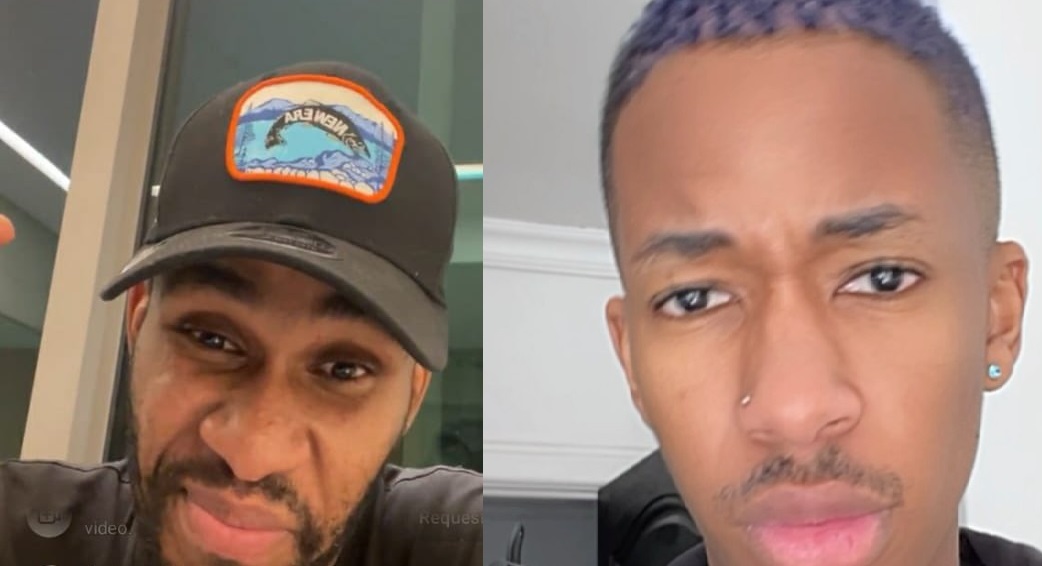 Khanyi Mbau has been hailed as the GOAT after yesterday’s stunt, which left her boyfriend Kudzai Terrence Mushonga flustered and lonely in Dubai. Her Zimbabwean millionaire beau took to Instagram to document his wild goose chase, leaving everyone in a panic thinking something horrible had happened to Khanyi Mbau.

Not making things any easy was her little brother Lasizwe Dambuza who stated how worried he was, “I hope I am not overreacting, I’m scared,” his now deleted tweet read.

But all is well as both Khanyi Mbau and Lasizwe confirmed on their social media pages that Khanyi is safe. But the shocker is that what was meant to be a trip to the salon, turned into a one-way trip back home and Khanyi did not even inform Kudzai.

Khanyi booked a first-class ticket back to Mzansi and according to Kudzai she lied and said she only had R3000 with her. FYI Kudzai, first class tickets do not cost R3000! The fact that she “lied” lead many to believe that Khanyi wanted to flee from Kudzai and possibly break up with him. This left the businessman hurt and confuse. He has reason to believe that Khanyi wanted to break up with him.

The WhatsApp texts he shared of a conversation between he and his lover show that Khanyi urged Kudzai to reflect and take some time off to think deeply.

He first went on IG and shared a picture of the both of them re-united, looking all lovey dovey, but the drama was only getting started.

But what captured us the most was Lasizwe’s comment where he warned Kudzai to not make this about him. Lasizwe hinted that something did happen between the couple and that Kudzai was hiding it.

“Not everything is about you…Do remember what happened that morning!! You don’t want me to go there!! Stop This!” exclaimed Lasizwe. 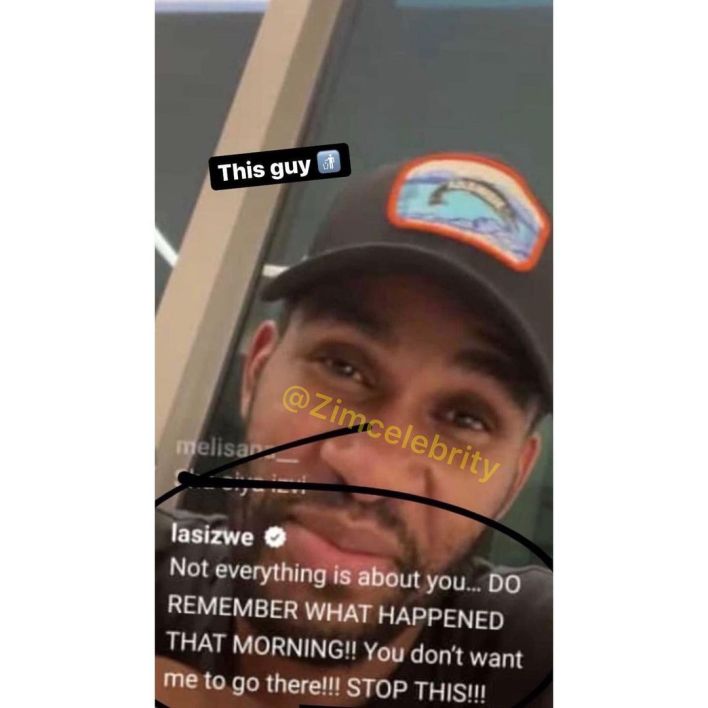 Kudzai was left heartbroken after his sweetheart, left him in Dubai without telling him, “After all we’ve been through together, I don’t know if this is the part where we’re breaking up or there was something urgent that I didn’t have to know. So all this time I’m going crazy, my own girlfriend is on a flight back to Joburg. We didn’t fight, we didn’t argue the same day that she left. I thought I’m just honestly sending a message. I should have known …things that I did just to make my woman happy, I don’t know if this is love, but if it’s love, it hurts,” said Mushonga.

On their IG pages, Lasizwe confirmed that Khanyi is back home safe and together they went to visit their late father’s gravesite. “Can we enjoy this moment together. Welcome back home safely,” he wrote.

Khanyi on the other hand posted an image of her visiting her dad’s gravesite and informed her followers that she is safe.
Kudzai said their trip to Dubai was for Khanyi to be able to make her own money as SA is crowded. He was going to teach her the in’s and out’s of money making but it ended in tears!