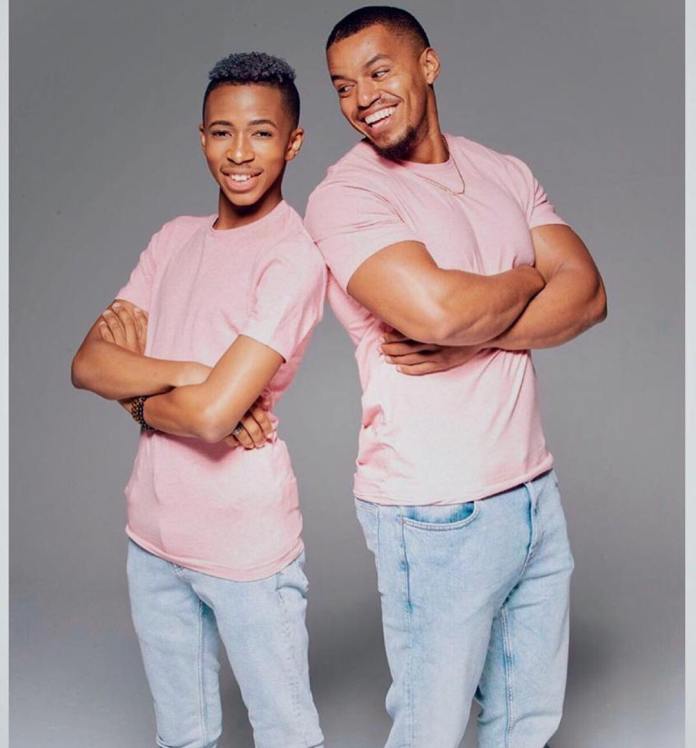 The latest episode of Drink or Tell the Truth with Lasizwe aired last night on his YouTube channel and as usual, tea was spilt. His guest was the businesswoman and ex-wife of Malusi Gigaba Norma Mngoma. Usually, Lasizwe is the one who gets his guests to open up but, Norma has the YouTuber answering some questions we’ve been yearning to ask.

“From the people, we have worked within the industry? Who is that one person you never wish to work with again and why?” Asked Norma Mngoma.

To our surprise, he revealed that he doesn’t want to work with Skeem Saam and Durban Gen actor, Cedric Fourie again. It is no secret that the two were not as close as they used to be but we didn’t know it was that deep.

“Cedric! I don’t want to work with Cedric again. Cedric and I were really really good friends, We were like so good with each other. The reason why I don’t want to work with him again I that I think, what I got it wrong is when I started mixing people with him. That’s why in life, never mix your friends. Because they are friends with you for a reason. That one fulfils a certain purpose and that one fulfils a certain purpose. Never mix that.” He explained.

Norma also asked him what happened between him and Cedric’s ex-girlfriend Zari and if it is true that she took Cedric away from him.

“Everything was going super well. Then, there’s a rumour and then I called you. Because I’m that friend when I see something I phone. And I even said to you, this was sent to me. I assessed that these people I don’t want them in my life. I don’t want people that will change stuff and Instigate stuff and now frame me as if I instigated the whole video.” He said.

An emotional Laziwe, tearful at a point, said that he was mad Cedric for not defending him since they had known each other the longest.

“I was also upset at Cedric for not defending me. Out of you too… he’s known me the longest. I was like, I’ve known you for so long. I know your secrets, you know my secrets. I know your family, you know my family. And then someone comes into your life, all of a sudden now you in Zimbabwe, you are flying out and doing all of these things – Amazing. Good for you. But don’t forget my friendship. But anyway, I’m done addressing this.“

At the end of the episode, he said that this is the last time he will be speaking about Cedric Fourie.