Larona Moagi Chats About Playing Tumi Mokoena On The River

Larona Moagi Chats About Playing Tumi Mokoena On The River 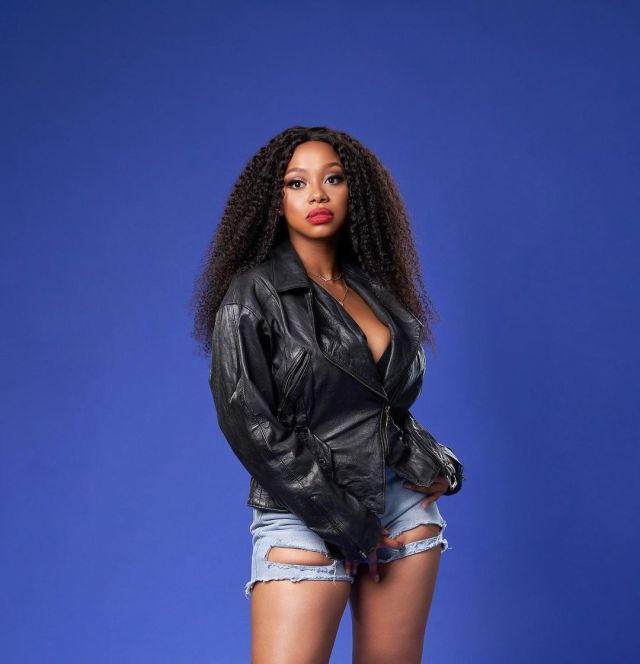 24 year old actress and law graduate, Larona Moagi who just exited the Emmy-nominated show, The River on 1Magic, got candid in an interview with Drum about playing the much-hated character of Tumi Mokoena.

Moagi always had a passion for acting even though she graduated with a law degree from Wits University. She got her big break on The River in 2017 after auditioning for the role of Itumeleng Mokoena.

She had no prior experience and had no prior training in acting except in doing some roles in high school drama back in 2010.

She joined the show in 2018 and was loved and admired by audiences until she met her mother, Lindiwe Dikana played by Sindi Dlathu. The mother and daughter butted-heads from the beginning as their personalities were like oil and water.

Lindiwe lived for power, money and greed, whilst Tumi lived for truth and peace. Though the two tried to make it work, in the end Tumi felt more like a Mokoena than a Dikana and wanted to expose her mother for her evil deeds.

Lindiwe eventually killed her daughter, in a season finale and a move that shocked fans of the show last Friday.

This is what Moagi said about her journey on the show:

“I always believed in my talent as an actor and I love the law as well. When it was time to go to varsity, I chose to do a BA law degree while attending acting classes and auditions to keep the fire burning.

When I auditioned for The River, I was hoping to get a part, I did not realise I was going to get such a big role. Playing alongside industry greats like Bab’ Don Mlangeni has been such an honour for me. I grew up watching them on TV and now here I was. For me that was so affirming because it meant that I have arrived and that I must put my best foot forward. (Don Mlangeni played Larona’s on-screen father, Thato Mokoena).

I don’t think you can get anywhere in life if you allow yourself to be intimidated just do your best.

There are certain skills you develop as an actor and that are what you use when you portray the character. The character that you play meets you as a person and make magic together on-screen.

I am grateful to everyone that opened their hearts to me and let me into their TV room every night. It has been a great journey. Thank you for being #TeamTumi, it has been fun.”