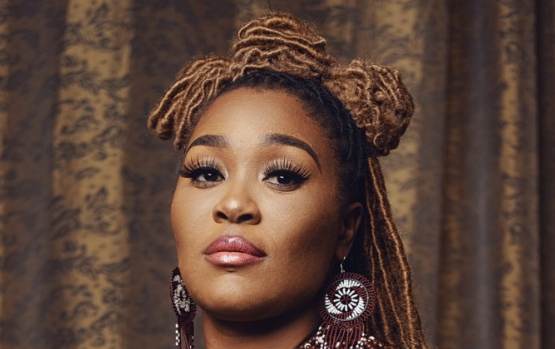 The streets are SHOOK right now and it’s all because of Lady Zamar’s intense Twitter thread which settled a number of matters once and for all.

The Collide hitmaker was tired of being asked about Sjava’s wife and has now come out and told us EVERYTHING, without sparing any details.

How the hell did we get here though?

It all began over the past weekend when Sjava hosted his trending concert, One Night With Sjava, in Pretoria. The sold-out show will definitely go down as one of the biggest concerts of the year so far but the one moment that got people talking was when he introduced his mom and his wife. Yes, his wife. A whole married, taken, kept-woman of a wife. To say that people were shocked is an understatement:

This forced us to backtrack considerably. Unless he literally just got married to this woman, Sjava was going to have some explaining to do. The questions were all over the timeline:

Today SJAVA HAS A WIFE pic.twitter.com/RtdiUACi9n

Of course, many of these questions were directed at his ex-girlfriend, Lady Zamar and let’s just say that this latest saga was the straw that tipped the scales.

The Monarch singer decided that now was the time to finally expose Sjava for everything he had allegedly put her through and she did not hold back one bit. She began by sharing the screenshots of all the mean things people were saying about her:

She then launched the beginning of a tell-all Twitter thread which began by stating, “You guys are exhausting man.. I’ve been saying… Your precious Zulu man is a liar and a cheater.. Cheers to every person that didn’t believe me when I told them that that niggas married.. coz in your face.. mxm y’all are exhausting.. now y’all wanna drag me coz I didn’t know?”

Everyone says keep quite, being is quiet is classy, saying nothing is cool.. you know Twitter is a negative place.. that’s the advise I’m getting.. People focus on the music, forget about him, but how can I when y’all make it so hard.. you think I write about him..

I was abused ( verbally and once sexually) and used.. I was lied to and cheated on..

Did I know.. No
Did people tell me who knew?.. yes some.. got inboxes and calls ..
Did I ask? Yes
Did people I knew know what kind of man he is? Yes
Did they protect him? His friends? Yes

Where you threatened? Yes
Did you date him? Yes
Why didn’t you leave? I was afraid to leave
Why? He used everyone around me to rally himself as a good man who loved me so people thought I was crazy for leaving
Why now? I was told there will be a good time to tell my truth

Couldn’t tell anyone coz I was ashamed, never confronted my abuser.. Can you believe for 5 months I couldn’t look this person in the eyes coz of sheer fear. But hey it’s over now

Lady Zamar also claimed that, in spite of all of the above, she was even approached to perform at One Night With Sjava despite the fact that his wife would be there.

Her tweets have inspired a number of reactions but it is fair to say that the timeline is split in its opinions with many claiming they believe her, and many others suggesting that she isn’t over her ex.