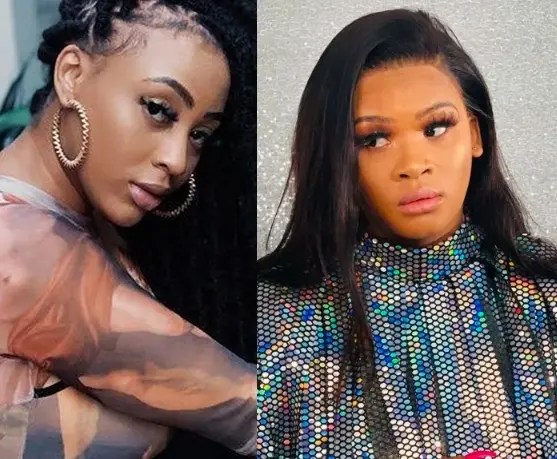 Amapiano vocalist, Lady Du might have a lot of followers but it is without a doubt that she has her fair of haters. The Amapiano star gets dragged for even the smallest things and we don’t know about her, but that would definitely be tiring.

In AKA’s latest post he gushed over Nadia Nakai for her birthday. He said,

“Happy birthday…saved my life.” Nadia responded and said, “I love you, Thank you!“

Lady Du caused commotion under Nadia’s comment when she said,

Reacting to her comment were people shocked at her claiming Nadia is her bestie.

“She’s your bestie?” then others started laughing.

“This one really loves being in the mix with everyone lol it’s so tiring it’s like she’s desperate.”

“I am also so shocked. This lady.”

“Even with Noma Mngoma. Ai, Lady Du likes associating herself.” 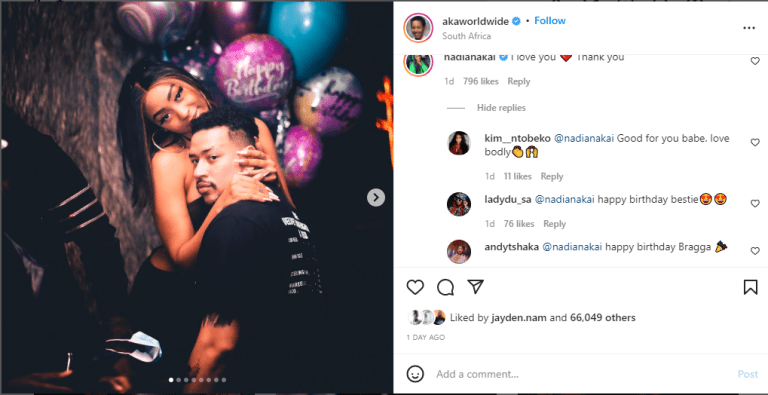 Lady Du has been in the news for the wrong reasons after her father called her names and insulted her.

In a now-deleted post, Lady Du spoke about how she wants a different upbringing for her daughter and is working towards building a better life for her, something she apparently never had. People twisted this into making to seem as though she was alluding she grew up poor.

Her father, DJ Choc took this the wrong way and so he went on video and swore at her, saying he gave her everything.

“I do not know what Lady Du means when she says she grew up poor when I worked so hard to give her a comfortable life. She then went and h*ed around and ate money with all these men and she continues to spend money on these men. What is she doing now? She did not grow up poor, she had everything she needed.

“She is who she is because of me. Today you see me as a piece of sh*t but she can go around telling people that she grew up poor. She is a dog, I gave birth to a child that is a dog.”

When asked about this, Lady Du said she could not watch the video, “It was a motivational post. It had nothing to do with me saying I grew up poor. Somebody misread my post and went and told my dad that I said I didn’t have this and that…My dad doesn’t have social media so I think somebody saw my post and went to ask him when that happened,” she told a local publication.

“I have not watched the video. He sent it to my brother, making threats, and I kept quiet and said I’m not going to listen to it.”

DJ Choc apologized to her and said, “I would like to sincerely apologize for the video of me discussing my daughter, Lady Du,” he said. “Following the claims made by my daughter, I recorded the video and shared it with a family member to vent out my frustrations regarding a story supported by Lady Du about her childhood”, he said.