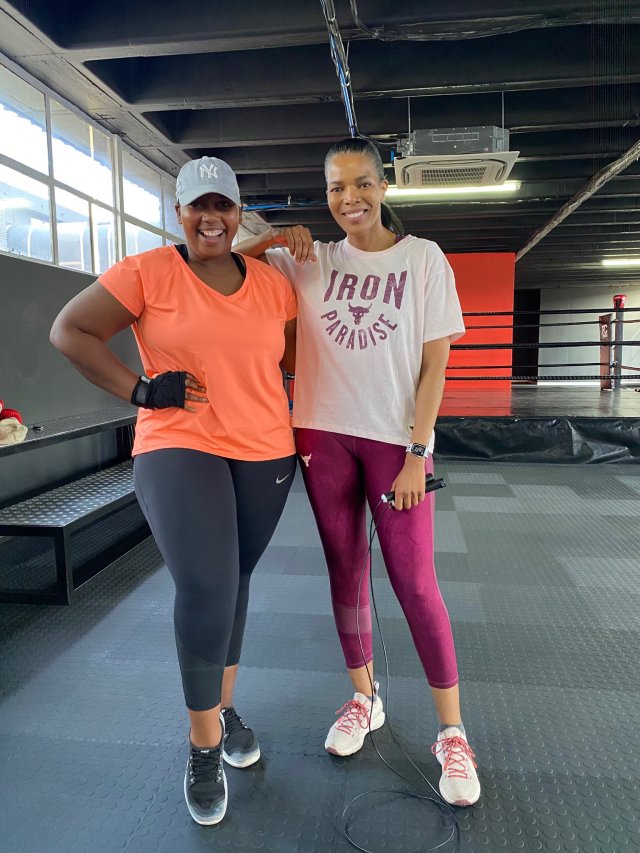 In a sweet message on Twitter, she expressed how overjoyed she was with excitement after meeting Connie and thanked her for her pearls of wisdom. The two were at the gym and we wonder if they are now gym buddies.

In a tweet, LaConco wrote, “What a pleasure to meet the phenomenal @Connie_Ferguson. Thank you for the kind words you said to me, the lesson with the moment here is; Stay true to who you are you just never know who is appreciating. Ngaze ngamuthanda shweeele’.

What a pleasure to meet the phenomenal @Connie_Ferguson. Thank you for the kind words you said to me, the lesson with the moment here is;
Stay true to who you are you just never know who is appreciating. Ngaze ngamuthanda shweeele🙆🏽🥰. pic.twitter.com/iEqZr9bdMg

One thing we know for sure about Connie is that she always celebrates other people’s achievements and she is never one to shy away from sharing some pearls of wisdom with anyone to inspire and uplift them. Her fitness advices are always goals and it seems Laconco enjoyed having a chat with her as it left feeling inspired.

Laconco has become a household name with a legion of fans through the Real Housewives of Durban. Her heart of gold, demeanor, and mannerism continues to steal the hearts of avid viewers of the show. Whenever she graces the small screens viewers are always in for a burst of great laughter.

The reality show star was previously romantically linked with former SA president Jacob Zuma, but she was warned not to spill any family secrets of the Zuma family in the reality show. Jacob Zuma’s nephew Inkosi Simphiwe Zuma told Briefly that they are fed up with people who always want to tarnish their family’s reputation.

“Already the Zuma name is being talked about almost every day in the media. We don’t want any drama as the family. Enough is enough. But we warn her not to bring the Zuma name into disrepute or else she will regret (it). We are really tired now as a family of people who tarnish our name and get away with it. But I’m not in any way saying she will do that,” said the nephew.

Khanya Zuma speculated that she was cast on the reality to apparently tarnish their name “She has the right to do whatever she wants to do as long that doesn’t cause pain to other people. All I’m saying is that she must not say or do things that might harm the Zuma family name, which I think was the ticket for her to get chosen for that role.”