KZN gay pastor who can’t live without tlof tlof RAP3S 13 young children, some of them aged 5

KZN gay pastor who can’t live without tlof tlof RAP3S 13 young children, some of them aged 5 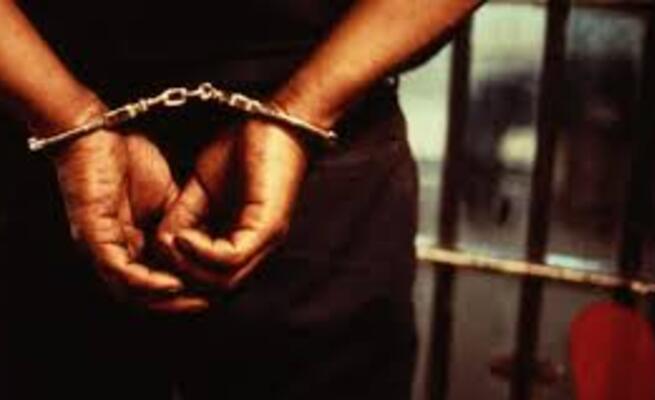 A tlof tlof-loving pastor from KwaZulu-Natal has been arrested for allegedly raping more than 13 children between the ages of five and 17 in Luvisi village in ward 13 of Nquthu Local Municipality, in the northern part of the province.

According to information from the KZN Department of Social Development, it is alleged the pastor had been luring young girls and boys to watch cartoons, and later played p0rn0gr@phic videos that he watched with children.

The 56-year-old man of the cloth was allegedly caught when a boy reported the matter to his mother and provided details of the other victims – 11 boys and two girls.

The department said the victim’s mother had verified the information with other victims before reporting it to local police.

It is alleged the pastor started molesting children in 2021, with the last incident having taken place on Sunday, September 18, 2022.

Social Development MEC Nonhlanhla Khoza condemned the rape and abuse of the children by the pastor, and the fact that no one in the community was able to intervene.

“It is very shocking that a man trusted by parents took advantage of children by s3xually abusing them. We are very disturbed that a man who was supposed to be helping parents in raising their children was the one caught being involved in such despicable cases in the community,” Khoza said.

“We call on parents and communities to be extra-vigilant and pay more attention to their children. These children constantly visited the reverend after school because they were manipulated,” Khoza adds.

The MEC commended the police for arresting the pastor and also praised the parent who noticed her son was behaving strangely, which led to the discovery of the other abused children.

“We are calling on communities to support victims and their parents to build solid cases and bring the perpetrators to book. Child abuse and rape have no place in our society,” Khoza said.

“We call on all men, women and children to stand up and make their voices heard. We cannot keep silent while our children suffer at the hands of people who are supposed to protect them. We need to work together to end these cruel and barbaric acts against children.”

The MEC sent social workers to the village to provide psycho-social support and other interventions for the victims and their families.

“People like this one must be jailed for a long time, and law enforcement agencies need to close all loopholes in the cases. The man must not get bail because he is a danger to society,” Khoza said.

She added that the pastor was expected to appear in court soon.