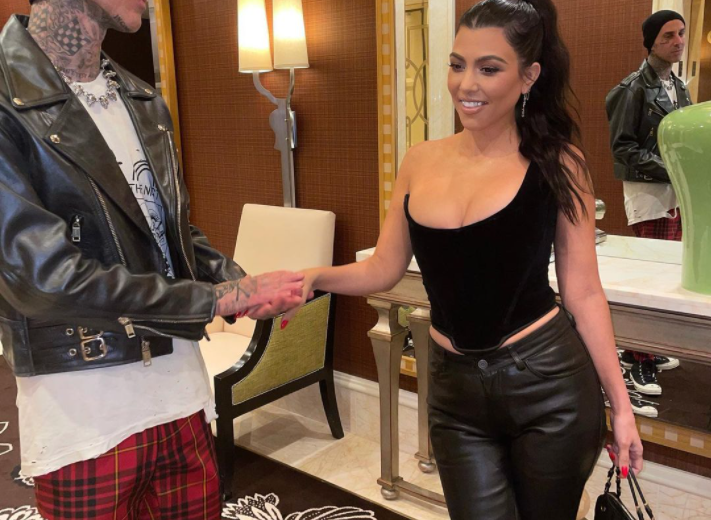 Kourtney Kardashian and Travis Barker are reportedly engaged, as sources claim Travis got down on one knee while the couple were in Las Vegas over the weekend.

The “Keeping Up with the Kardashians” star and the Blink-182 drummer have been dating since the start of this year, and it has now been claimed they could be set to tie the knot as sources say the couple are now engaged.

According to one insider, Kourtney and Travis got engaged in Las Vegas over the weekend during a trip to watch a UFC fight, and the couple could marry as soon as this year.

The source said: “I think Travis has been planning the proposal for ages. They want to start their own family together – that is the bigger thing for them because they both have kids, but they want to bring the two families together.”

Engagement speculation has been fuelled by friends and family of the couple.

Travis’ teenage daughter Alabama posted a picture of her dad and Kourtney on her Instagram Story this week alongside text which read: “So happy for you guys,” while Kourtney’s younger sister Khloe Kardashian sent the couple a huge bunch of flowers.

And Kourtney’s hairstylist also added to fuel to the fires when she shared photos of them from Vegas and wrote: “NOW I understand why ppl tie the knot in Vegas. There’s nothing like love AND a good time. (sic)” 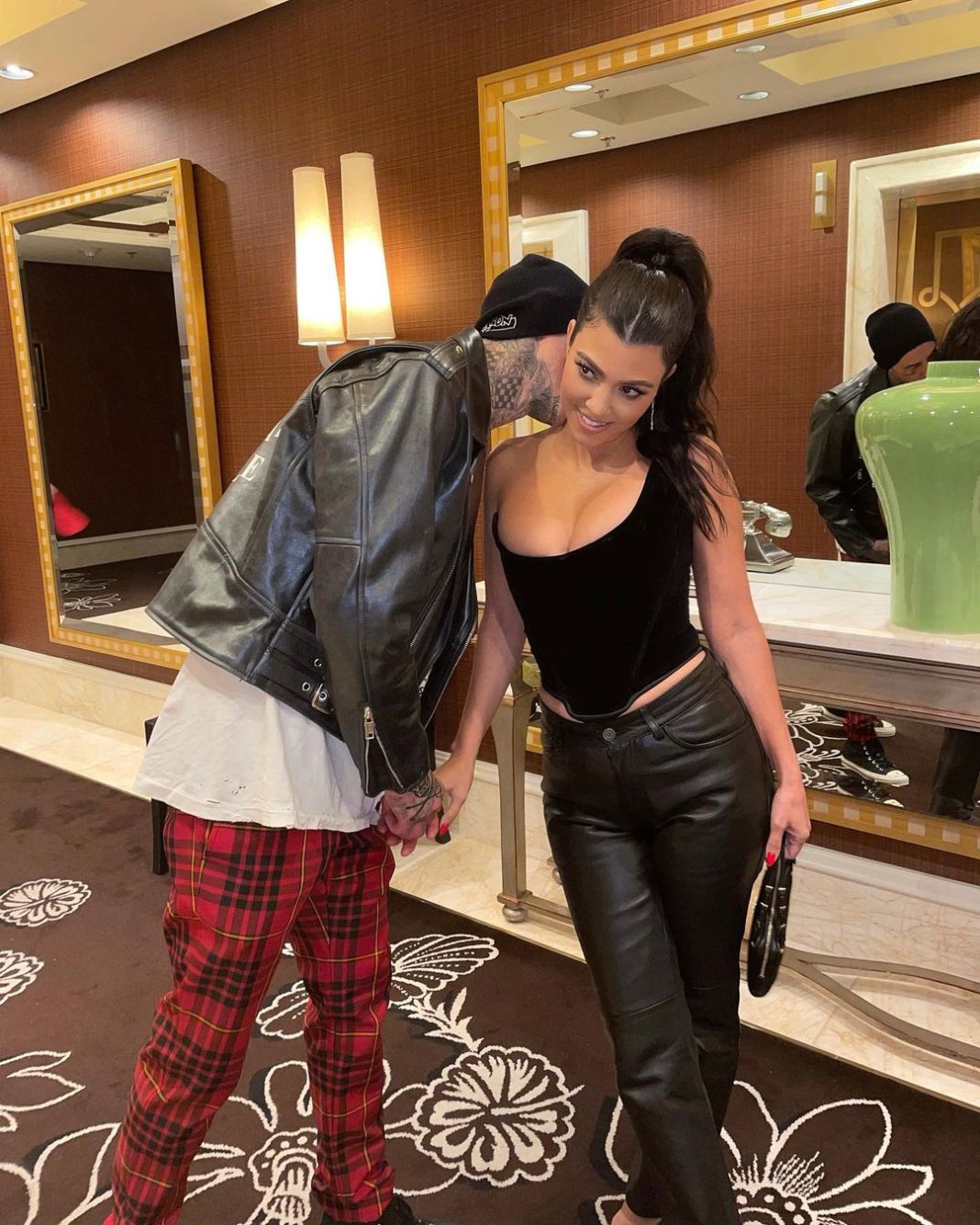 Kourtney, 42, has never been married despite a lengthy relationship with former partner Scott Disick – with whom she has Mason, 11, Penelope, eight, and six-year-old Reign – but it’s believed things are “different” with 45-year-old Travis.

The insider told The US Sun newspaper: “Kourt’s never been married, and for years, told [her ex] Scott [Disick] she wasn’t interested because of her parents’ divorce.

“She actually turned down Scott a few times – but things with Travis are different. They’ve talked a lot about marriage and the future.

“She doesn’t want a ‘show wedding’ like her sisters, just a beautiful, intimate celebration where it’s about making a new family.”

The news comes after it was recently claimed the couple had already discussed marriage.

Another source said: “They are head over heels and never experienced love like this. Kourtney is the happiest. Travis adores her and treats her so well. It’s very different than her other relationships and all positive.

“They are not shy about talking about their future plans of being together. It’s a special love and they want to celebrate that and enjoy it.

“Kourtney and Travis have talked about marriage. It was an instant connection and bond ever since they became romantically involved. They are in it for the long haul.”