Knives out for Rasta after his portrait of FW De Klerk

Knives out for Rasta after his portrait of FW De Klerk 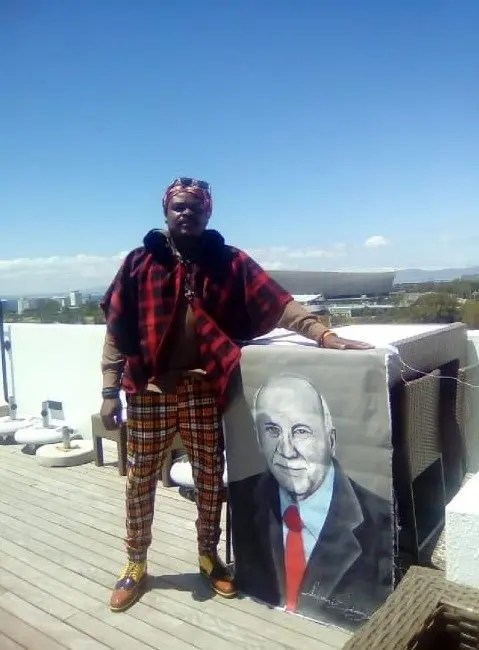 Rasta’s recent work of art has landed him in trouble with his fans.

Lebani “Rasta” Sirenje, who has earned himself a reputation for his unique work by painting a different version of celebrities who have passsed on, apparently flew to Cape Town to deliver a gift of art to FW De Klerk’s family.

Rasta’s painting of the late former president is one of his best work. But instead of getting compliments, he was met with a backlash.

Just after tweeting that he had landed in Cape Town to deliver De Klerk’s painting, his tweet was filled with tweeps questioning if he has really improved or he just likes to disrespect black people.

Jackthe3rd3 said: “You draw animated black people and frame them in your studio… You decide to draw the oppressor perfectly and personally deliver it in CPT. Is it for money or are you showing us where you stand.”

SthembiD said: “Your next drawing of a black person better be spot on otherwise we will drag you till you deactivate and throw away your paint brushes.

KabeloMohlah02 said: “Oh you did a good painting because you are afraid of white people or you want them to love you… Rasta shame on you!!”

When Daily Sun tried to reach Rasta, his phone rang then went straight to voicemail.