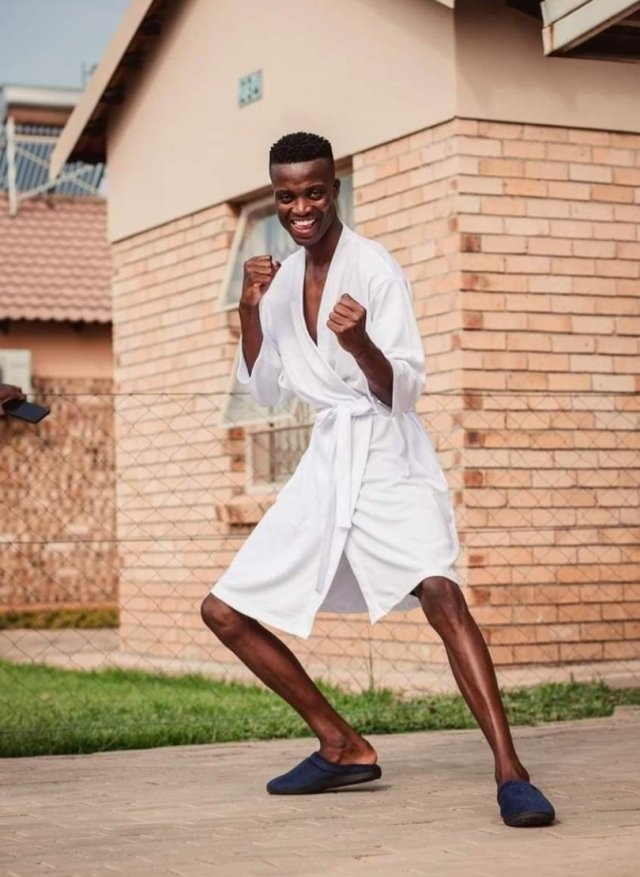 Big Zulu hilariously turned down a very eager King Monada who wanted to knock the dreads out of him. This was all initiated by Cassper Nyovest’s celebrity boxing suggestion which has received a thumbs up from social media users and celebrities themselves.

“Celebrity boxing is sooo big in the states, I think we could make decent money in Africa with it too. It could also boost boxing on the continent. Who do you think would make a great boxing fight?” he suggested.

Users flocked his comments section with suggestions of which celebs should either settle their beef in the ring or simply just entertain people. King Monada showed interest in the fight when he suggested who he would be interested in fighting. Monada went on Facebook and Twitter and called on Big Zulu to accept and posted a video of him in his fighting stance.

The Imali Eningi hitmaker sorely turned him down by asking is there anyone better to fight him.

This started when Big Zulu also expressed eagerness to fight someone in the boxing ring and told Cassper to suggest someone. Cassper found it interesting and tried to find Big Zulu’s match. Many people suggested Sjava and other big built celebrities such as Shona Ferguson and DJ Fresh.

Okay orite!!! This is interesting!!! Who do guys think Big Zulu would fight ? Dude is Huge. I can't think of anyone who would be a great match. #CelebrityBoxing. https://t.co/a1HZpn6sRj

Not everybody is excited about this though, and that everyone is DJ Maphorisa who threw shade at Cassper Nyovest and Prince Kaybee for wanting to fight in the boxing ring. “See they can’t make hits anymore now they wanna flight aiiii Sauta ya bora shame (South Africa is boring) confused nation,” he dissed.

After saying that Dr Malinga challenged him to a fight. “Guys am happy about this fight of @PrinceKaybee and @casspernyovest. So please after their match lend me @djmaphorisa wanna show him some respect, but it must be kickboxing thanks bye.”

Guys am happy about this fight of @PrinceKaybee and @casspernyovest🔥 . So please after thier match lend me @djmaphorisa wanna show him some respect,but it must be kickboxing thanks bye 💪🤷 pic.twitter.com/3R0d3mmbyC

If you did not know already, Cass and his nemesis Prince Kaybee have already contacted each other’s teams to set up a date for their fight. Prince Kaybee wants to teach the rapper a lesson and he can only do that once the contracts have been signed.

Prince Kaybee said it is not even about the money for him as he will be donating it to charity should he win. All he wants is to break Cassper’s neck and teach him a lesson. Cassper responded by saying, .”Let’s goooooooooo!!!!!! I know you been wanting my attention, you have it now.. Let’s pick a date and run it!!! My people will call yours and we pick a date,” he said and Prince Kaybee responded back “Not your attention but your jawline, MOERR KE THABILE MASEPA…, call us please!!!!!”

I don’t even want money, Infact I’m gnna donate all that stash. All I want is that short MF nxa…