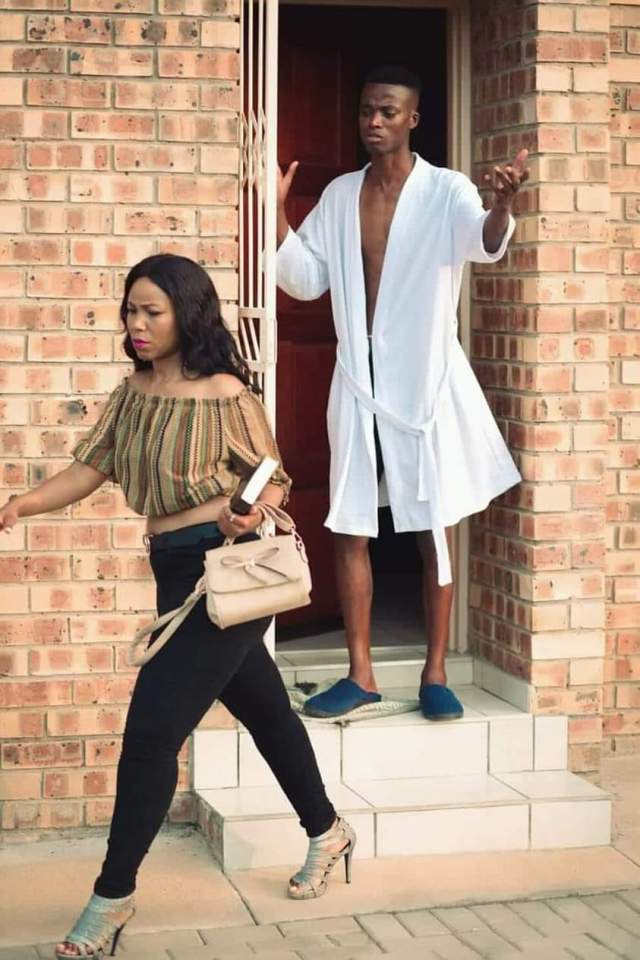 King Monada has started again with him being comical, this time around he has posted a picture of himself along with Elizabeth from Skeem Saam with the caption that says’ Oya kae ga kea fetxa’ translated in English meaning ‘where are you going? I’m not yet done‘.

His followers were really entertained by his caption as well as well as the picture as it can be interpreted in many ways and they were amused by how he had interpreted it. The picture comes from his music video of Ase Moruti song.

In English the song means It’s not a pastor so according to King Monada his girlfriend on the music video who appeared to be Elizabeth was cheating on him with his father so as he saw his father calling on his girlfriend’s phone and the girl ended up saying it’s a pastor calling not his father.

Then King Monada finally found out she was not cheating with a pastor after he also assumed he was cheating with the pastor as she took the bible claiming she was going to church then at the end of the video Elizabeth also confirmed that it’s not the Pastor.