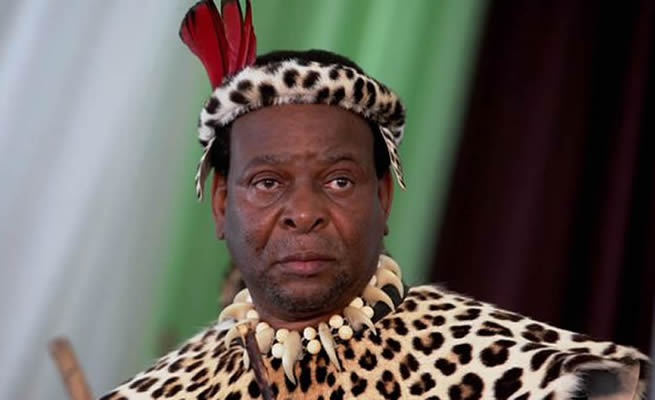 Prince Mangosuthu Buthelezi, the former leader of the IFP and the king’s traditional prime minister made the announcement on Friday.

The king was admitted to hospital last month after his glucose levels shot up.

“It is with the utmost grief that I inform the nation of the passing of His Majesty King Goodwill Zwelithini ka Bhekuzulu, King of the Zulu Nation,” a statement by Buthelezi said.

“Tragically, while still in hospital, His Majesty’s health took a turn for the worse and he subsequently passed away in the early hours of this morning.

“On behalf of the the Royal Family we thank the nation for your continues prayers and support in this most difficult time. May His Majesty our King rest in peace,” Buthelezi said.

King Zwelithini was admitted to a KwaZulu-Natal hospital last month after his glucose levels had shot up unexpectedly raising concerns for his doctors.

He was admitted to ICU where he has been closely monitored.

As the constitutional monarch of the kingdom of KwaZulu-Natal, he is head of the Ubukhosi, the state-recognized institution of Traditional Leadership that consists of local chiefs.

His leadership role also entails chairmanship of the Usuthu Tribal Authority and Nongoma Regional Authority, both established under the provisions of the KwaZulu Amakhosi and Iziphakanyiswa Act.