Killer Kau’s funeral: Praises pour in for DJ Euphonik who made him popular

Killer Kau’s funeral: Praises pour in for DJ Euphonik who made him popular 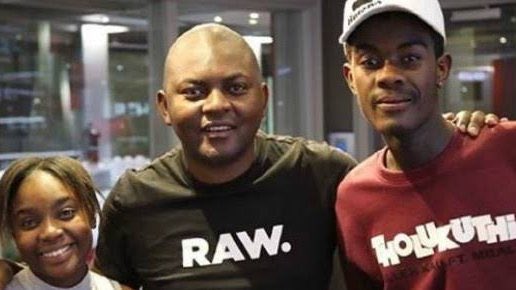 Killer Kau‘s breakthrough in the music industry was all thanks to social media. The late young Amapiano star was just fooling around when he posted a video of himself singing a long to Destruction Boys’ song and added his own lyrics. That clip went viral and it was Euphonik who decided to get him in studio and create magic.

Together they worked on his very first hit called Tholukuthi Hey featuring his schoolmate Mbali. It was only upwards and onward from there for the young star who then ventured into Amapiano and his star still shone brightly.

Today, the late star was laid to rest in Soweto, his birthplace. At the funeral, speakers acknowledged Euphonik for the contribution he made to Killer Kau’s music career.