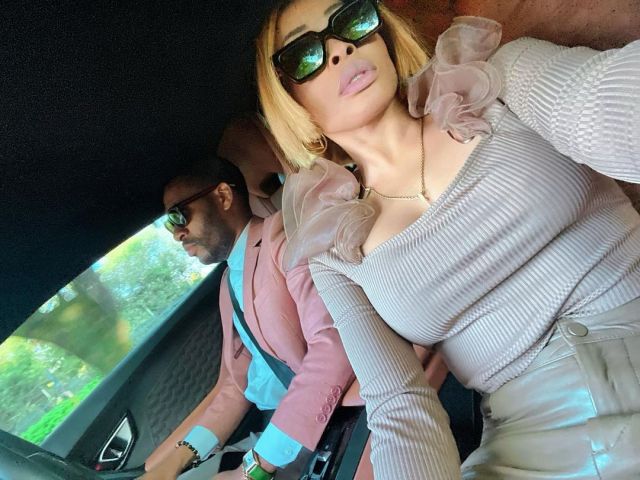 It all started when Kudzi, Khanyi Mbau‘s husband posted an old picture of a dark skinned Khanyi on his IG stories and called her ‘dusty’. Fans took it to imply that he was saying Khanyi looked dusty when she was still a darkskinned woman.

Needless to say they were not impressed.

Is it not Khanyi Mbau husband or fiance saying darkskin women are dusty! 🙄😕
Then you lot say Colorism is not a thing here in SA

After receiving so much backlash he went on his IG stories to clarify his statements.

While people are riled up over his comments, his brother in law Lasizwe has publicly declared that his sister is crazy in love with her soon-to-be husband, millionaire Kudzai Mushonga. There is a little bit of uncertainty as to whether or not the couple is engaged, however Lasizwe has stated that Khanyi Mbau is madly in love and sees a future with Kudzai. Khanyi is indeed smitten as she has inked her bae’s name on her thigh. A gesture that left Kudzai astonished. When fans asked the YouTuber whether his sister is going to marry the millionaire, he simply said he has never seen her this happy and content in her life.