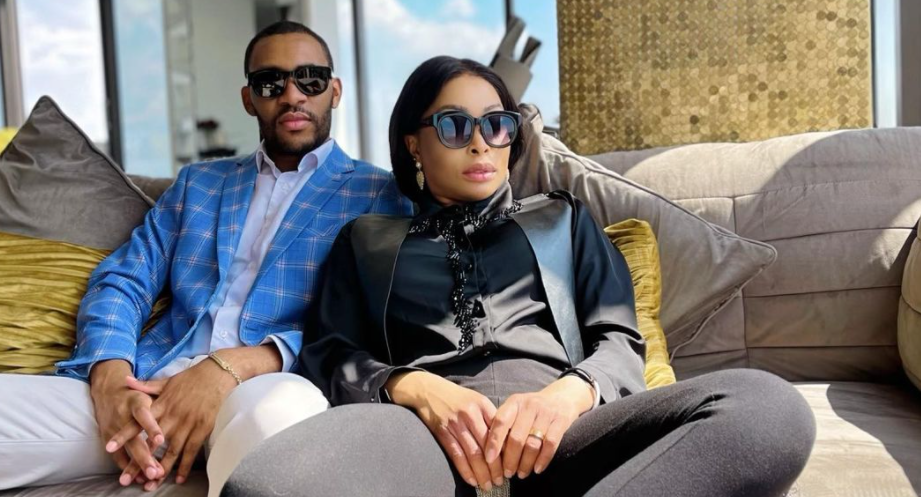 Media personality Khanyi Mbau is still trending a day after her boyfriend Kudzai Mushonga aired their relationship woes for the public to witness. Khanyi has since apologised for causing panic after Kudzai declared her missing and said she is safe and sound.

Zimbabwean businessman Kudzai Terrence Mushonga has since apologised to Khanyi Mbau for revealing too much information about their relationship to the public. But Mzansi has an opinion of their own, with some taking Khanyi’s side and the others taking Kudzai’s side.

Judging from his social media posts, Kudzai is still not over Khanyi Mbau as he continues to post her. Khanyi’s last social media post was her assuring her fans and friends that she is safe.

Kudzai took to his Instagram stories and apologised to Khanyi saying he did not know how to control his emotions.

“I would like to apologise to my woman Mrs K for taking our private life on Instagram. I was hurting, I honestly didn’t know how to deal with my emotions, baby I love you,” he wrote.

He said they video called each other which might indicate that they have ironed things out. The video call took him back to the moments where Khanyi would give him butterflies.

“I am not ashamed to to stand on top of the world and admit I love you! You became my world, my everything,” he said.

In his next post her posted a short video of Khanyi with a white weave and white outfit.

Some people feel as though Kudzai is only loving Khanyi loudly and displaying true emotions when it comes to his love for her. But on the other hand you have people who think something deeper happened in Dubai and Khanyi was only feeling from danger. Even Lasizwe’ comment on his last IG Live raised eyebrows with suggestions that they fought that morning which resulted in Khanyi lying about her whereabouts and headed back home.

“Not everything is about you…Do remember what happened that morning!! You don’t want me to go there!! Stop This!” exclaimed Lasizwe.

Kudzai should visit Limpopo to get some lessons on "how to listen to bomma" when they are warning him about the likes of Khanyi Mbau. pic.twitter.com/U1ZX5kYCcl

It's refreshing to see people supporting Khanyi Mbau. She's one of those women SA just loves to scapegoat and villainize.

Kudzai stated that the purpose of their trip to Dubai was to be the King and Queen pf the country. He wanted to teach Khanyi how to make money by starting a company where she is the major shareholder of about 51%. Se even came up with the name of the company. But within a blink of an eye, Khanyi decided to drop all of that and leave Kudzai hanging.
Everything I had, I shared with you. I thought I was bringing you to Dubai so that we can be global, I said babe, South Africa is crowded, you don’t make that much, how about we go somewhere and just try? I registered a company in Dubai, with Khanyi as a 51% shareholder and she came up with a name. The plan was for her to do her social media stuff while I just do my regular work,” he said.

“It cost more than R100k to register a company and I paid for that even if I was fighting with my friends. First class, it’s on me baby. You should have just let me know. Was I really that bad to you? How many things of my own did I sacrifice just to … I should have listened to my mother. I never lied to that woman. She’s the first lady I never cheated on,” Kudzai continued.