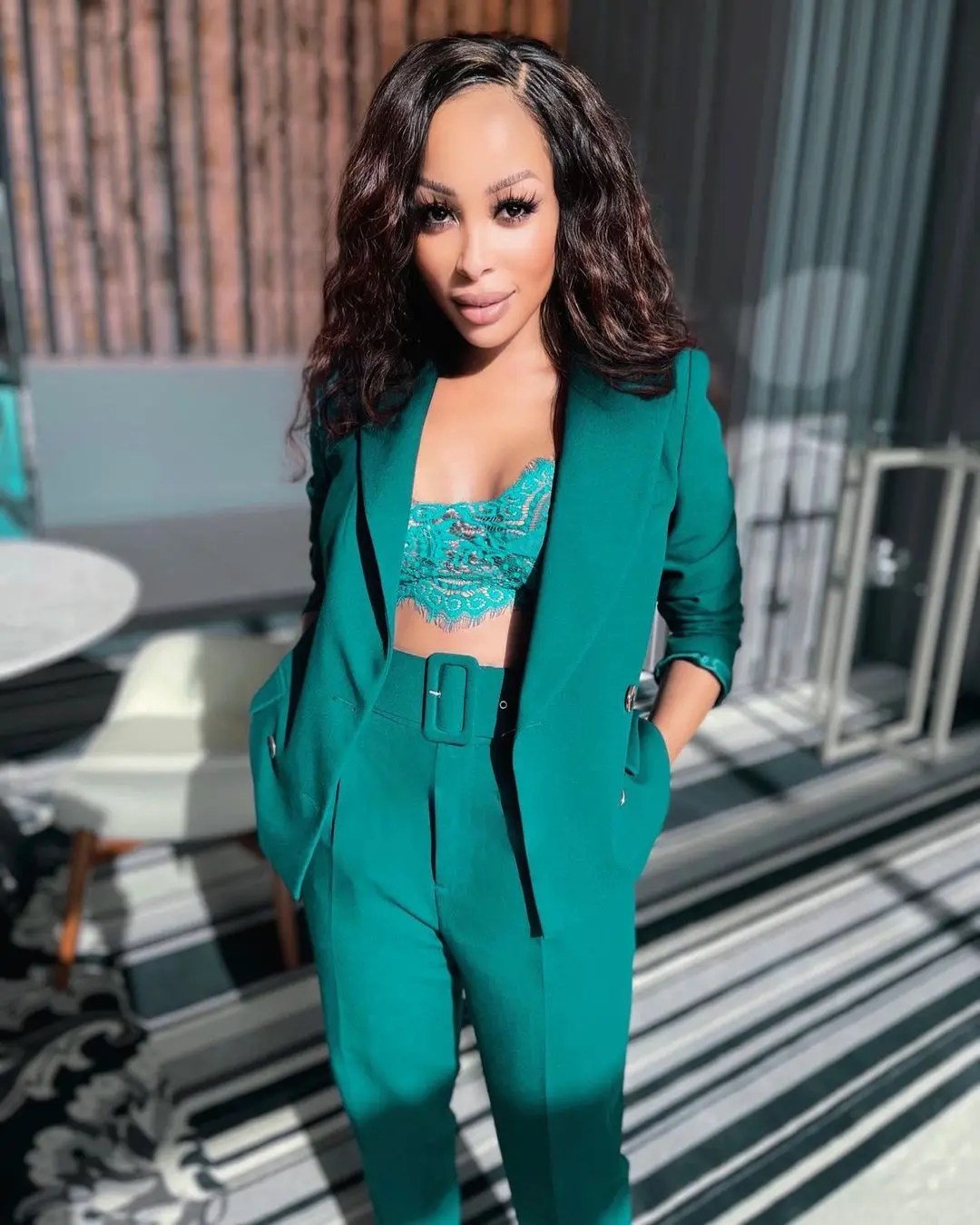 Months after Khanyi and Kudzai’s relationship drama had social media in a chokehold, she finally addresses the matter. When she made her song Shiyi’ ndoda eDubai, she was seen as a person who mocked Kudzai who recorded himself crying on camera. But now, Khanyi clarifies why she had no intentions of mocking her bae.

In an interview shared on her Instagram stories, Khanyi said she is grateful to have been given a platform to speak about the Dubai thing and lay it to rest. She said the song was never intended to mock Kudzai but it was a way to give him a hand for expressing his emotions where as men have been programmed to not do so.

“I was grateful to have that platform because I never spoke about this Dubai thing, people saw it as a mockery. But it was actually a statement to empower you and say know your worth. If you not happy in a place, never stay, leave and work things out.

“I also dedicated it to Kudzai for being a man and showing emotions, because men can’t and fighting for the person you love publicly. I had to dedicate it to him because it takes a lot of strength,” shared Khanyi.

Khanyi said she saw the hysteria on social media whilst she was on the plane but she did not want to deal with it at that moment. The lady on the plane was the one who approached her and told her that she is missing and people think she was dead.

The lady then took a picture with Khanyi to prove she is alive. Khanyi said she left Dubai because she had to protect her mental health.

“I wasn’t emotional at all, it was just a choice of I need to protect my mental health right now, I can’t function in this environment, let me go home,” she said. When Khanyi landed she went and visited her father at his final resting place. We now know it was to protect her mental health and regain her sanity.

Khanyi then explains why she went back to Dubai saying she hates leaving things not spoken about so she had to go and iron things out with Kudzai. They had a very big fight and she had to save her 8 month old relationship.

Lasizwe made people think something big happened in Dubai when he commented on his live and said, “Not everything is about you…Do remember what happened that morning!! You don’t want me to go there!! Stop This!” exclaimed Lasizwe.

When this whole thing was still fresh, Kudzai got slammed for his apology and said, “Everything I had, I shared with you. I thought I was bringing you to Dubai so that we can be global, I said babe, South Africa is crowded, you don’t make that much, how about we go somewhere and just try? I registered a company in Dubai, with Khanyi as a 51% shareholder and she came up with a name. The plan was for her to do her social media stuff while I just do my regular work,” he said.

“It cost more than R100k to register a company and I paid for that even if I was fighting with my friends. First class, it’s on me baby. You should have just let me know. Was I really that bad to you? How many things of my own did I sacrifice just to … I should have listened to my mother. I never lied to that woman. She’s the first lady I never cheated on,” Kudzai continued.

Khanyi Mbau explains what happened in Dubai and why she left Kudzai without warning.