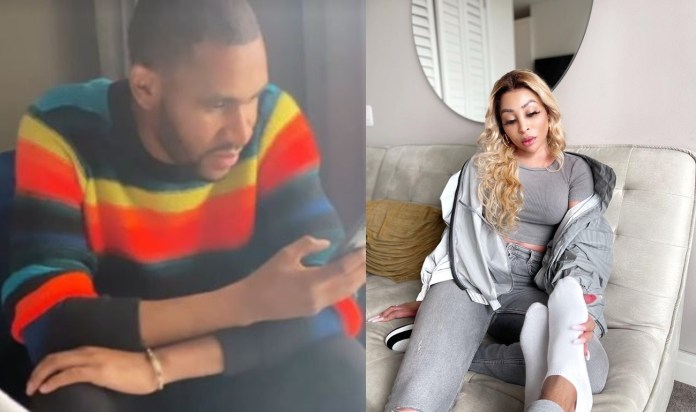 While actress Khanyi Mbau and her businessman “boyfriend” Kudzai Mushonga have been going through relationship hiccups in the public eye, we’ve picked up a few hints that may suggest the pair have gotten married.

Khanyi Mbau and Kudzai Mushonga were on vacation in Dubai for the last two weeks, showing off their luxurious getaway on social media. However, there seemed to be trouble in paradise earlier this week when Kudzai dropped Khanyi off at the salon and hours went by without her contacting him.

Kudzai then jumped to the conclusion that the actress is missing and went on an anxious social media spree which raised concerns for many South Africans of Khanyi’s safety. However, the actress was safe and in motion – on the way back to South Africa without letting Kudzai know. Khanyi Mbau’s half-brother Lasizwe Dambuza has since dropped several hints that Khanyi was not safe in Dubai.

The most alarming hint was in the comments section of Kudzai’s live video where he hints that something serious had transpired that morning.

“Not everything is about you, DO REMEMBER WHAT HAPPENED THAT MORNING!! You don’t want me to go there!! Stop this!!,” wrote Lasizwe in the comments section of Kudzai’s live video.

Khanyi Mbau and Lasizwe Dambuza are currently on a vacation in the Free State, while Kudzai seems to still be taking in the views in Dubai. Although they’re apart right now and break up rumours have been looming, the couple seemed to have dropped a few hints that they’ve already taken their relationship to the next level and got married, prior to their “Dubai drama”.

Here are four reasons why we think the pair may have secretly gotten married.

What was interesting about the Instagram live videos was that Kudzai referred to Khanyi as his wife and “Mrs”.

When asked if he and Khanyi are still together over an Instagram live session, Kudzai responded saying the Happiness is a Four Letter Word actress is his wife.

“Big yes. That is my sweetheart, that’s my wife,” said Kudzai.

In Kudzai’s recent apology to Khanyi he also called her “Mrs K”. Read the full apology below. 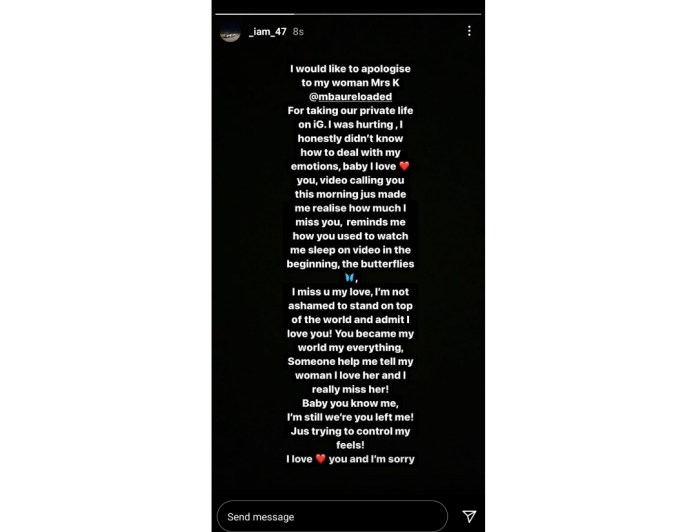 Khanyi Mbau seemed to like the sound of “Mrs K” as well as she added it on to her Instagram biography alongside the South African and Zimbabwean flag. Kudzai is born in Zimbabwe so this is most likely a reference to him. 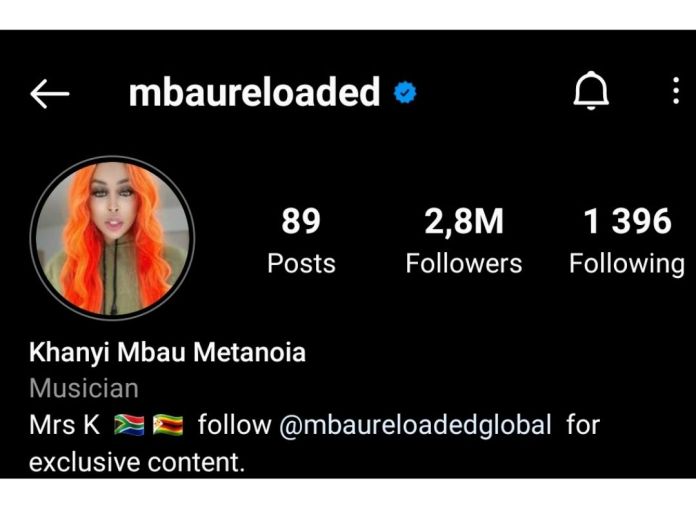 In several of the Red Room star’s Instagram posts she is seen with a ring on her left ring finger. Although Khanyi has not confirmed this is a wedding ring, the speculation started back in February. Just about a week after Kudzai went all out to spoil Khanyi for Valentine’s Day, the actress posted a picture of herself with a gold ring on her finger.

In the next post, she further fuelled rumours by captioning the picture “Mrs K”.

In March this year, Kudzai revealed that he would pay R1 million lobola for Khanyi Mbau, in response to a fan’s question.

“How much lobola are you willing to pay for our Snow White?,” asked the fan.

Kudzai having conversations about lobola meant he was ready to marry Khanyi and over his recent Instagram meltdowns it seems he is very much in love with the actress. However, neither of them have publicly confirmed their marriage as yet.