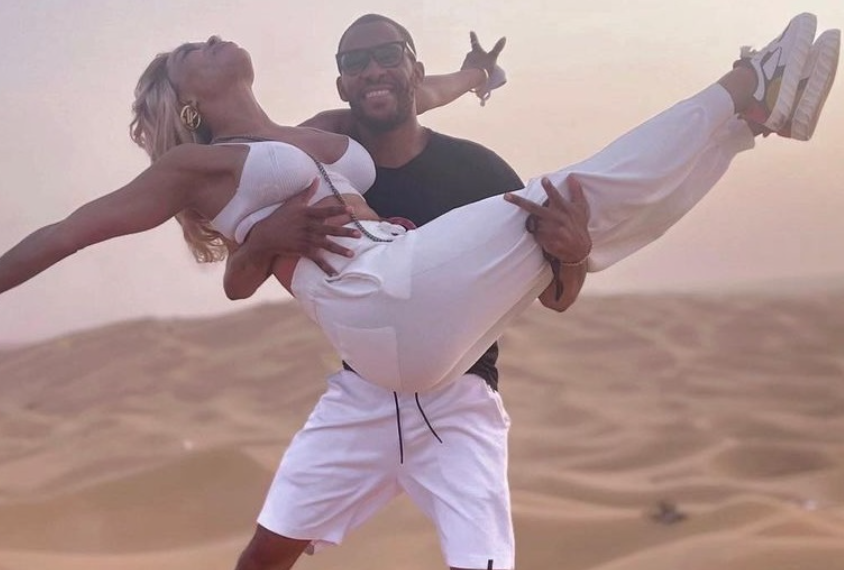 After eight months of a whirlwind romance, media personality Khanyi Mbau’s boyfriend Terrence Kudzai Mushonga has claimed she left him high and dry in Dubai in the United Arab Emirates on Monday.

The heartbroken businessperson shared a 24-minute emotional video on Instagram on Monday night, which kept most fans awake.

Concerns over the Abomama actress’ safety were raised after Mushonga, who is still in Dubai, shared that his girlfriend went to a salon and became worried when she was still not home at 2 am.

The Zimbabwean returned to Instagram on Tuesday to share that Mbau sent him a text message saying she took a flight back to South Africa without informing him.

“I can confirm that my sweetheart is in South Africa,” Mushonga said in the video.

I am hurt guys. They say men don’t cry but this one is deep. I just called my brother now and told him that ‘man I just video called Khanyi now she is in South Africa’. We have been in Dubai for a bit. She is now a resident of Dubai. Yoh!

“Anyway, that is love but it hurts and I will say this to the world today that baby you have hurt me.”

Mushonga claimed that he moved to Dubai with Mbau to start a business and a new life together. He claims that Mbau did not tell him that she was returning to South Africa.

“Khanyi is the first lady I never cheated on in my whole life. I have been a bad guy guys. In this hotel room I would have two or three other people flying in from anywhere but I never did that to her. At least I expect to be treated with a little bit of respect,” he said.

He said his mother warned him to stay away from Mbau.

“My own mother has been saying ‘Khudz, get your passport, pack your bags, you can stay in America. Leave this woman’. I made her [Khanyi] listen to the voice-note. I said ‘baby listen to what my mom is saying because you and I are honest with each other, we don’t leave anything unaddressed’.”

He also claimed he spent more than R80 000 on the musician’s daughter’s boarding and school fees to maintain her safety while they moved abroad.

Mbau has remained mum on Mushonga’s videos, only sharing a photo by her father’s grave, saying she was home safe.

“Dear Dad. It gets real up here … Thank you all for your texts, messages and genuine concern. I am home, safe and okay,” she said.

Mbau and Mushonga’s romance made headlines after they publicly revealed their relationship on Valentine’s Day when the star shared pictures of how the business mogul had surprised her with expensive gifts.

In February, the publication reported that trouble was brewing after the Zimbabwean police confirmed that Mushonga was a fugitive. He was on the run after allegedly defrauding a micro financer in Harare by applying for a loan with false documentation.

A fortnight ago, a Sunday paper reported that he was also wanted by the South African police for operating with false identification and for robbing a Johannesburg entrepreneur in a botched car sale deal.