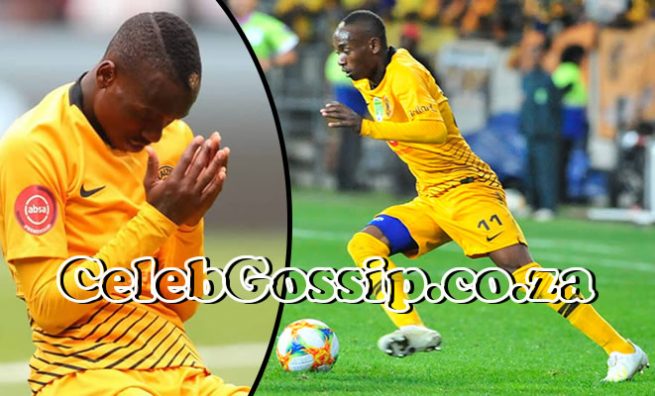 The 30-year-old limped off the field after 43 minutes following a tackle by Sundowns’ Andile Jali earlier in the game.

Khama Billiat’s manager Godfrey Vokal Bakasa has revealed that the Kaizer Chiefs star is in pain after suffering an injury during Amakhosi’s win against Mamelodi Sundowns last weekend.

The 30-year-old limped off the field after 43 minutes following a tackle by Sundowns’ Andile Jali earlier in the game.

Speaking to Zimbabwe’s H-Metro, Bakasa said Billiat was waiting for the results of a scan to ascertain the extent of the injury.

“I’ve been talking to him, he is in pain. The injury is on the same place as last time.

We are hopeful that it’s not that bad and we are waiting for scan results set to be out later today. His club doctors are handling the issue so they will tell him the impact of the injury and for how long he will be out. But we believe in God and pray that he will heal soon,” said Bokasa.

Meanwhile, Chiefs coach Gavin Hunt admitted on Wednesday that he is not sure when the Warriors star will be back in action.

“I am not sure. He’s got a kick on the same leg that he broke, so it’s not good. With us playing every two or three games, if you miss two or three weeks, he is going to miss a lot of games again. I am not sure what the diagnosis is there, but he certainly was not walking well. Well, he couldn’t walk really,” Hunt told media after Chiefs’ 1-0 loss to Chippa United.

Billiat returned to competitive action last month after being out of action since January following an injury that he suffered during Chiefs’ 2-0 loss to Maritzburg United.