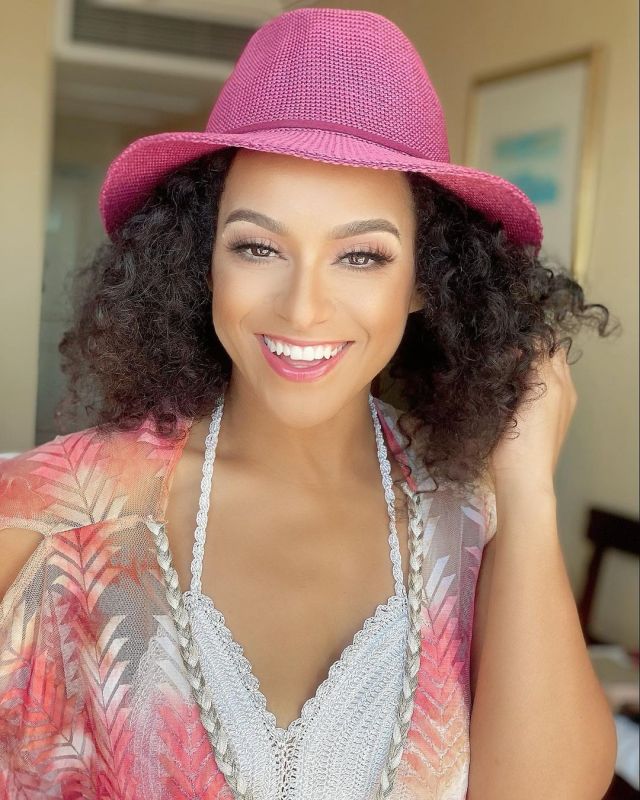 This past week, viewers of the hit reality television show, the “Real Housewives of Durban”, were shocked with the news that one member of the cast had decided to quit the show ahead of its reunion taping.

Initial reports surfaced that Kgomotso Ndungane would not be filming the reunion special with her cast mates. It was then reported that she would not be returning to season two if the show was commissioned for a second season.

In a statement sent to IOL Entertainment, Nomsa Philiso, Multichoice channel director: Local Entertainment confirmed that Kgomotso will no feature in the reunion special. “Kgomotso was part of the ’Real Housewives of Durban’ until it finished its record-breaking run on Friday, 16 April 2021.

“Phat Joe will host a two-part reunion, streaming from 30 April 2021, but unfortunately, this will not feature Kgomotso. No decisions have been made about a Season 2”, she said.

However, since then, the reality television star, who is married to former Springbok rugby player Odwa Ndungane, has cleared the air.

Speaking to IOL Entertainment, Kgomotso seemed to have changed her tune on where she stands with the hit Showmax show, saying she was still a part of the production.

“I am still very much part of the production team as a cast member, and I think we all need to wait and see what the directors of the show have in store for us. Let’s not ruin the surprise now for the viewers (LOL).
“It’s all about suspense and anticipation for all of us”, she said.

Commenting on whether or not she would be returning for a second season, she said: “No decision has been made to produce a season two, but my goal was always to do season one and I had not set a goal for myself beyond that yet. Should season two happen, the final decisions always are with the production team owners”, she said.

Kgomotso has been one of the most talked-about housewives of the new franchise.

With a personality that makes one either love or hates her, she has often hit the top of the trends list whenever a new episode of the series dropped.

It all started when Laconco invited only Zulu-speaking cast members to an event she hosted.

Sorisha Naidoo, Anne-Tonni Lodick-Mthembu and Kgomotso Ndungane were not invited.

When asked why she did not invite the other ladies, Laconco said that she wanted all her guests to be comfortable and anticipated that the language barrier between her guests (many of whom were not cast members of the show) would become a problem.

Although the ladies accepted her reasoning, many of them found it a “weak excuse”, with Kgomotso further challenging Laconco.

“I am Tswana, I am married to a Xhosa man and I live in KZN. So I might not be fluent, but if you have a chat with me in Zulu, I’ll be able to understand you. You always preaching women empowerment, you are actually empowering me to learn about your tribe,“ said Kgomotso.

In her confessional, Sorisha called Laconco the “dodgeball queen”.

In the finale, viewers found offence in a conversation between Ayanda and Laconco.

The pair were discussing recent drama with Laconco saying she wanted to ask Kgomotso what language she was fluent in since she spoke “terrible English and Setswana”.

Ayanda then went on to say that Kgomotso was not black. While the subtitles read “She is not black, she’s Tswana,” viewers felt that Ayanda was out of line for making that comment and labelled it tribalist.

If Kgomotso does indeed skip the reunion, she will not be the first to do so.

As long as the “Real Housewives” franchises have been around, reunions have always served drama. Kim Richards missed the “Real Housewives of Beverly Hills” season two reunion festivities when she was in rehab. She filmed a separate interview with Andy Cohen.

Then, the following season Adrienne Maloof didn’t attend the RHOBH season three reunion. In 2019 RHOBH star Lisa Vanderpump did not show up to the season 9 reunion after she quit the show mid-season.

Jacqueline Laurita skipped the “Real Housewives of New Jersey” season three reunion. In a Bravo blog, Jacqueline said she was too drained to attend the third season reunion and face Teresa Giudice.

Luann de Lesseps also sat out the “Real Housewives of New York City” season 10 reunion after she sought treatment in rehab for alcoholism.