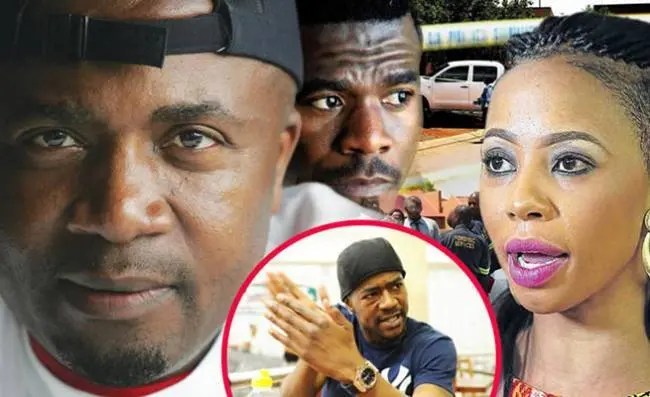 Mzansi singer Kelly Khumalo addressed the second docket in her “baby daddy” Senzo Meyiwa’s murder trial, which claimed that she along with others in the house that night be charged, on the latest episode of her reality show which aired on Showmax on Tuesday 16 August.

According to IOL, the second docket in the Senzo Meyiwa murder trial accused Kelly Khumalo, along with her mom Ntombi Khumalo, sister Zandie Khumalo, her then-boyfriend Longwe Twala, and Senzo’s two friends Tumelo Madlala and Mthokozisi Twala of being responsible for the murder of the soccer star.

The singer addressed this docket on the latest episode of her reality show.

“Now my mom is involved in this, now my sister is involved in this. I mean there is a case that we did not know about. This is news to us, this is a bombshell that has been dropped on us. Now, we need to be legally ready,” she said.
“The Khumalo family has been dragged through the mud for the past eight years. We’ve had serious allegations with no substantial evidence. Simply because the Meyiwa’s did not like me. They projected their anger which clouded their judgement, she continued.

However, this docket was later discarded.

The Empini hitmaker also broke the news to her mom on the episode. However, she told her not to stress or panic.

“Recently I have discovered that there was a second docket and that docket implicates everyone that was present at the house when Senzo passed on. So, apparently, that includes me, you, Zandie, Mthokozi, Tumelo, and Longwe. From being a state’s witness to being a suspect. That was the bomb that dropped recently,” she said to her mom.

“Today you’re guilty, tomorrow it’s someone else. Like, the truth and consistency is not there with this case,” she continued.

Ntombi said that her daughter is hurt because she lost somebody she loved.

“They don’t want peace for our family. My daughter is hurt, she lost someone she loved,” replied Ntombi.