Home
Sa News
Kelly Khumalo Gets A ‘Warning’ From Tweeps 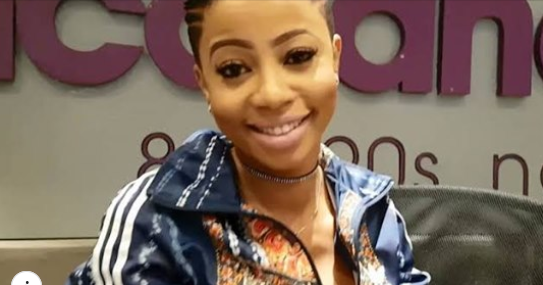 It has been 5 years since the tragic death of Bafana Bafana and Orlando Pirates goalkeeper, Senzo Meyiwa and to this day, his killer(s) is unknown.

With no leads pursued in the high-profile case, despite the fact that there were allegedly a number of people in the house at the time that the footballer was killed, Kelly Khumalo (who was involved with Senzo at the time) has faced the most backlash on social media and from football lovers at large.

Kelly; her sister, Zandi; Kelly’s mother; Longwe Twala; his friends Mthokozisi Twala and Tumelo Madlala were all present when the goalie was gunned down in Volsoorus, east of Johannesburg. A question that the masses have posed, time and time again, is how is it possible for all of these witnesses have no clue who the killer might have been.

As a result, the public has formulated a number of conspiracies which place Kelly Khumalo at the center of the event.

Most recently, the Meyiwa family turned to lobby group Afriforum for assistance in pursuing the case; as it had gone cold. In response to this request, Afriforum held a press conference on Tuesday morning, announcing its decision to assist in investigating the case further.

With the announcement making waves, especially on social media, Kelly Khumalo has found herself trending at number 1.

Kelly Khumalo and her friend must be shaking in their boots#SenzoMeyiwa pic.twitter.com/OdhBslp1lx