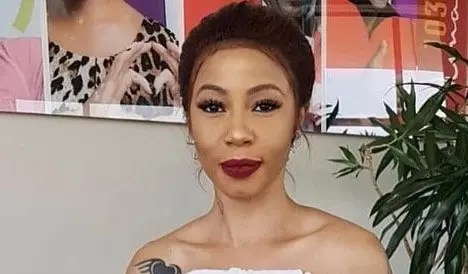 South African singer, Kelly Khumalo is known for always taking a jab at everything coming her way from insults about her alleged involvement in the murder of her boyfriend to anything about her family; she has stood the test of time as one of a few Mzansi A-listers who take time to respond to anything thrown at them.

Immediately after a video of elementary school kids singing insults towards Kelly went viral on social media, Kelly responded by showing a video of her daughter Thingo Khumalo reading an English book.

This was a jab at the “distasteful” video that saw elementary school children probably at the age of 8 to 10 singing a traditional Zulu song in a classroom. Instead of using the proper lyrics of the traditional folktale song, the school kids changed the lyrics to insult Kelly Khumalo by calling her a ‘B*’ word and alleging that she was the ‘dumb B*** who caused the death of Senzo Meyiwa’.

It has not yet been established where in KwaZulu Natal the video was taken from but social media is convinced the elementary school teacher who filmed the theatrics was behind the singing and publishing of the distasteful video.
Watch the video of kids insulting Kelly here:

I'm not sure whether to laugh or cry 😅😭

Instead of harshly reacting to the video, Kelly has expressed how parents and whoever was responsible for the singing was facilitating the failure of their students as they tried to destroy her.