Kelly Khumalo Does Not Want Her Work Insulted

Kelly Khumalo Does Not Want Her Work Insulted 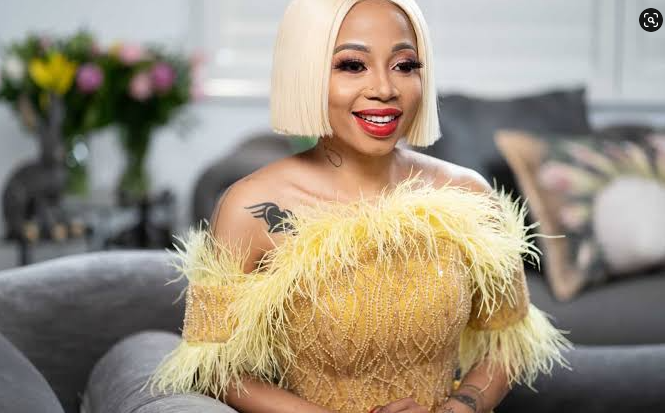 Afropop musician Kelly Khumalo has done it again. The ‘Empini’ hitmaker is boycotting yet another awards event.

It seems as if the South African Music Awards (SAMAs) were skating on thin ice in Kelly’s books, because as soon as the nomination ceremony was done and nominees were congratulated last night, the star dropped a bombshell when she tweeted that she wants her work removed from whichever categories she was nominated.

Tweeting the official SAMAs account, Kelly wrote: “Dear @TheSAMAs I humbly ask that you remove my work out of what ever category you might have nominated me for. As much as I respect what you do, I also ask that you respect my hard work and effort. #TheVoiceOfAfrica cc @UMGSA 🙏🏽”

The musician followed the tweet up by agreeing with her fan who was in support of her announcement and decision. She stated that she feels her work is being insulted.

Dear @TheSAMAs I humbly ask that you remove my work out of what ever category you might have nominated me for. As much as I respect what you do, I also ask that you respect my hard work and effort. #TheVoiceOfAfrica 🐆 cc @UMGSA 🙏🏽

How dare they insult my hard work like that! https://t.co/nxPmykfZ05

The reality TV star only bagged one nomination, Best Afropop Album for her ‘Voice of Africa offering. However, the musician feels that she deserves way more recognition.

Check out who else was nominated here.

The songstress is now infamous for not mincing her words when it comes to awards shows that she feels have done her dirty. Last year she lambasted the Crown Gospel Awards after Her hit single ‘Esphambanweni’ which features legendary Gospel singer Hlengiwe Mhlaba did not win the coveted ‘Best Gospel Song of The Year Award’.

The category was tough as her hit song competed against Tshwane Gospel Choir for their single Imvuselelo, Vusi Nova feauturing Dumi Mkokstad for Yibanathi and Nyathi for Baba Ziveze; which was the winner.

Nyathi’s win made the musician fume with anger as she felt as though she was robbed off the award, implying that her song was way better than Nyathi’s.

In December last year, she made another bold statement when she threw shade at the KwaZulu-Natal Entertainment Awards. She was nominated under the very tough category of ‘Best Female Artist’ alongside Nomcebo Zikode, Zanda Zakuza, her sister Zandie Khumalo, Babes Wodumo, Holly Rey, Simmy, Cici and Shekinah.

After using up a lot of her time to plead with her fans to vote for her at the Crown awards, she expressed that she is not interested in doing the same for the KZN Entertainment Awards.