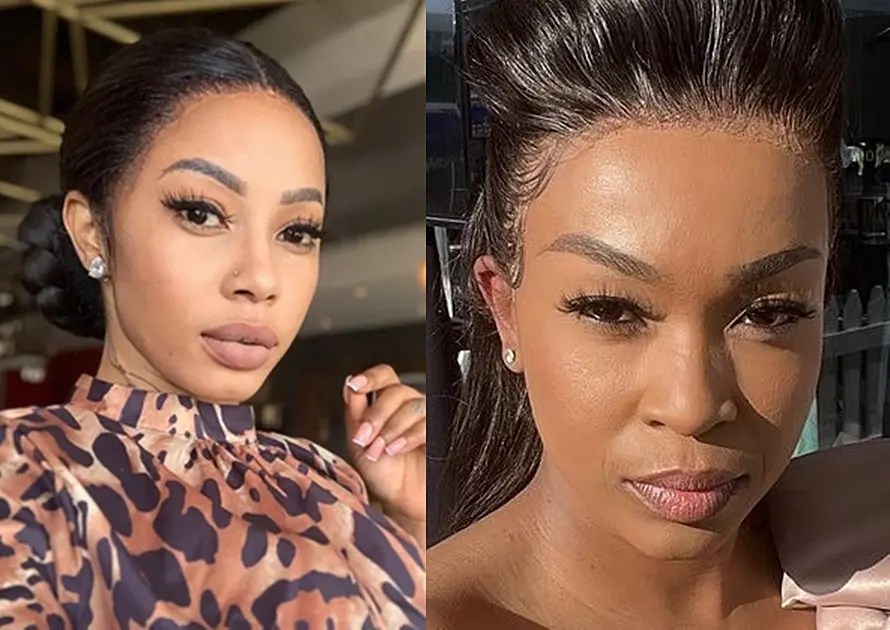 Tumelo Madladla has described how a fight ensued between Kelly Khumalo and Senzo Meyiwa’s wife Mandisa Mkhize, shortly after they arrived at the hospital.

Madlala is one of the eyewitnesses who were present in the house when Senzo Meyiwa was shot.

Today, Madlala continued to give his own version of events at the Pretoria high court, on what transpired during the night that Meyiwa was gruesomely murdered. This follows after on Tuesday he cried unrelentingly, forcing the court to adjourn early.

Madlala described what happened during the shooting and when they arrived at the hospital. He detailed how Kelly followed him when he went to view Senzo.

“I was crying and I asked him, Senzo is this what you called me to come and witness? He was lying on a stretcher facing upwards. The nurses wanted us to go out. I kissed him on the forehead, Kelly removed Senzo’s watch from his hand, and we left him in the room. The nurses led us to a waiting area with benches,” Madlala said.

Madlala told the court that Kelly and Mandisa were at loggerheads when Mandisa arrived at the hospital. He said there was even hair on the floor.

“By that time, it became very full at the hospital. Even Mandisa, Senzo’s wife arrived. I do not know who she was with. Several soccer players from (Orlando) Pirates also arrived, many cars came in. It became chaotic by the glass doors of the hospital, I think Mandisa and Kelly were at each other. I saw hair lying on the floor.

“I do not know if it was Mandisa or her friend, but there was a fight. I then saw the hair,” Madlala said.

Madlala raised eyebrows and left many people talking after he described a scuffle that broke out in the house between Senzo and one of the intruders during the home invasion.

“The person who came in was carrying a firearm and he had dreadlocks. This person was wearing a jacket. I don’t know whether it was caramel or brown.

The person was short and had big eyes. That’s what I can recall. That person did not say a lot. When I got up, I saw a second guy in the kitchen because Senzo was holding this guy’s right hand and pressing him against the wall.

He said the other intruder wrestled with Kelly, her mother, and sister Zandi Khumalo.

The one that came in first was being assaulted by Kelly, Kelly’s mother, and Zandi because I think Zandi was carrying my crutches. I was on crutches [at the time]

As I came out, I could hear everyone calling out Senzo’s name. When I went straight to the dining room, I found Senzo laying next to where Kelly’s mother was seated — next to the couch and the TV stand,” he told the court.