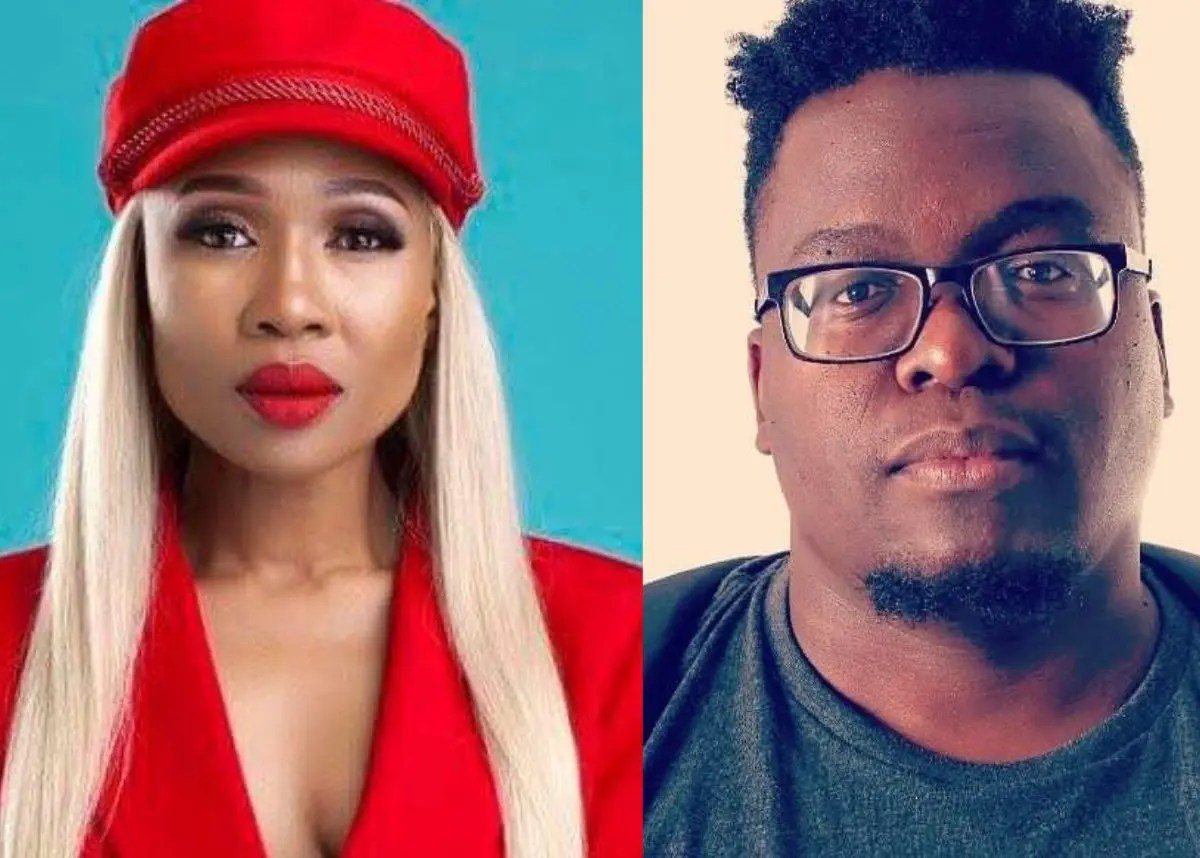 Mzansi radio personality, Dineo Ranaka hogging the spotlight from Sol Phenduka debacle has been a trending topic for 3 days straight. The co-host on Kaya 959 Breakfast had tongues wagging when listeners sensed an imbalance between the two of them.

Both Sol and Dineo are the newest additions to the Kaya 959 family. They took over Thomas Msengana and Skhumba Hlophe who have both moved to a different slots.

Much to listeners’ disappointment, they noticed an imbalance and an “obvious” display of superiority from Dineo. So much so, to the point that some even wrote an open letter to the station.

In the open letter, listeners expressed their disappointment on how Dineo barely gives Sol a chance to speak. Some even said Sol has to raise his hand so he could be given an opportunity to speak, granted Dineo approves of course.
“We write to you as listeners of Kaya 959 to express our concerns as we have been frequently observing and listening to the unacceptable and toxic behaviour of Dineo Ranaka.”

“Even if it’s your first time listening to Dineo and Sol on the show, one can simply stipulate who’s trying to outsmart or overpower the other one.

“All the time Sol speaks, he’s been cut off. That’s very disrespectful and such toxic behaviour will not by any means be accepted on this immaculate platform that Sol is adding major value on,” the letter continues.

Listeners say Dineo is great as a broadcaster but they wish to see more of Sol.

“Dineo Ranaka is great and we are not here to cancel nor bash her, we also appreciate her skills. But most of us are there because of Sol, therefore as much as we are there for him, we want to hear Sol Phenduka equally as Dineo speaks on the radio. All we are asking is more airtime to converse on the show with us listeners without Dineo taking the spotlight and invading whenever Sol speaks,” the letter continues.

In a statement shared by News24, Kaya’s MD refuted these claims. But they clearly stated that Dineo is the lead of the show and Sol is the co-host who also reports on the weather.

As per their statement, they took pride in Dineo being the female lead anchor in a breakfast show, saying it is rather unusual in the South African radio industry.

“The structure of 959 Breakfast is that Dineo Ranaka is the main anchor and Sol Phenduka is the co-host and traffic reporter,” Kaya 959 MD Sibondile Mtyali said in a press statement.

“We are aware that a female lead anchor on a breakfast show is unusual in the SA radio landscape, but we have full confidence in both Dineo and Sol’s talent and their ability to navigate the dynamics of the show.”

Slik Talk then bashed Dineo Ranaka and dragged her for filth. He told her to allow Sol some time to also speak and do his work.

“My boy was being treated like a toddler. I’m talking about being treated like a kindergarten toddler. Disrespect all the way by Dineo Ranaka. Sol Phenduka cannot talk, he cannot ask a question, he has to raise his hands. Dineo let me give you a reality check, we all know you have 3 baby daddies, and we not going to hold it against you, Sol Phenduka is not baby number 4 nor is he baby daddy number 4. You have to treat that man with respect, because he is your co-worker.

“It’s 50/50, it’s not your show, it’s not the Dineo Ranaka Breakfast show. I can tell Kaya FM did not do their homework because Dineo is the same person that tried to get Sol fired from Podcast and Chill. She feels threatened,” said Slik Talk.