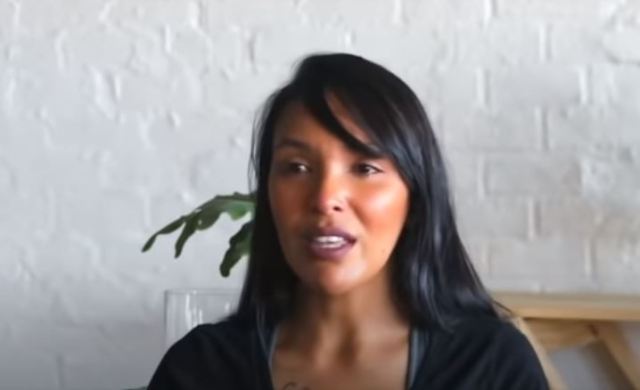 This is after the 25-year-old was found dead in her apartment, a week after a nasty public split from her ex-boyfriend, Bayern Munich player Jerome Boateng.

Taking to Instagram, Muller wrote: “Here’s a story quite similar to mine. Let’s get REAL for a few minutes.”

“Meet Kasia Lenhardt. She is no longer here today so she no longer has a voice. But I resonate so strongly with her story I decided to perhaps touch just one woman out there that might be pushed over the edge like Kasia was.”

Lenhardt is believed to have committed suicide after a tough break up. 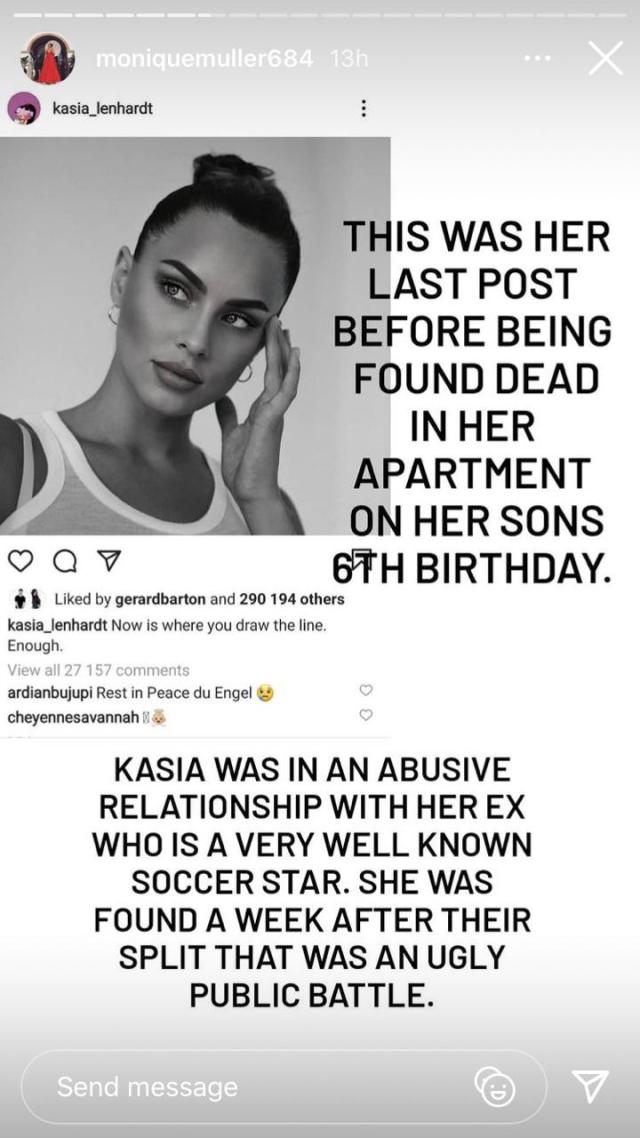 “This was her last post before being found dead in her apartment on her son’s birthday. Kasia was in an abusive relationship with her ex who is a very well-known soccer star.

“She was found a week after their split that was an ugly public battle,” added Muller along with a screenshot of the last picture Lenhardt uploaded while she was still alive.

Muller also commented on how Boateng reacted in retaliation against rumours of his infidelity making headlines. 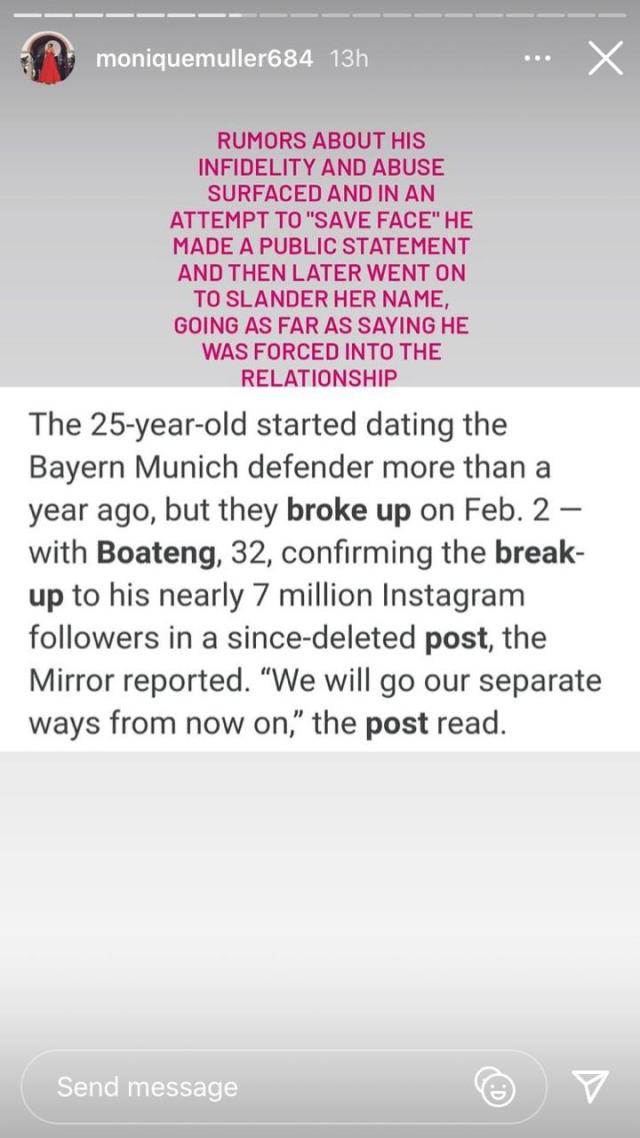 The soccer player alleged that although he had cheated on his girlfriend with Kasia, she later blackmailed him into getting into a relationship with her and caused him to let his family down. 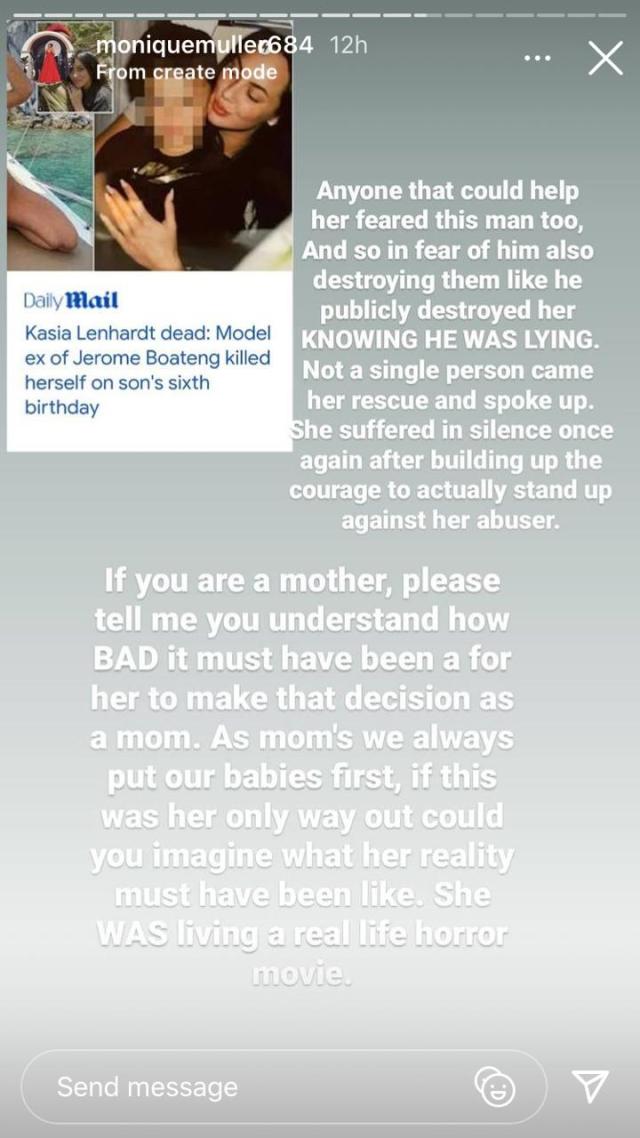 “Anyone that could help her feared this man too. And so, in their fear of him also destroying them like he publicly destroyed her KNOWING HE WAS LYING.

“Not a single person came to her rescue and spoke up. She suffered in silence once again after building the courage to actually stand up against her abuser.” 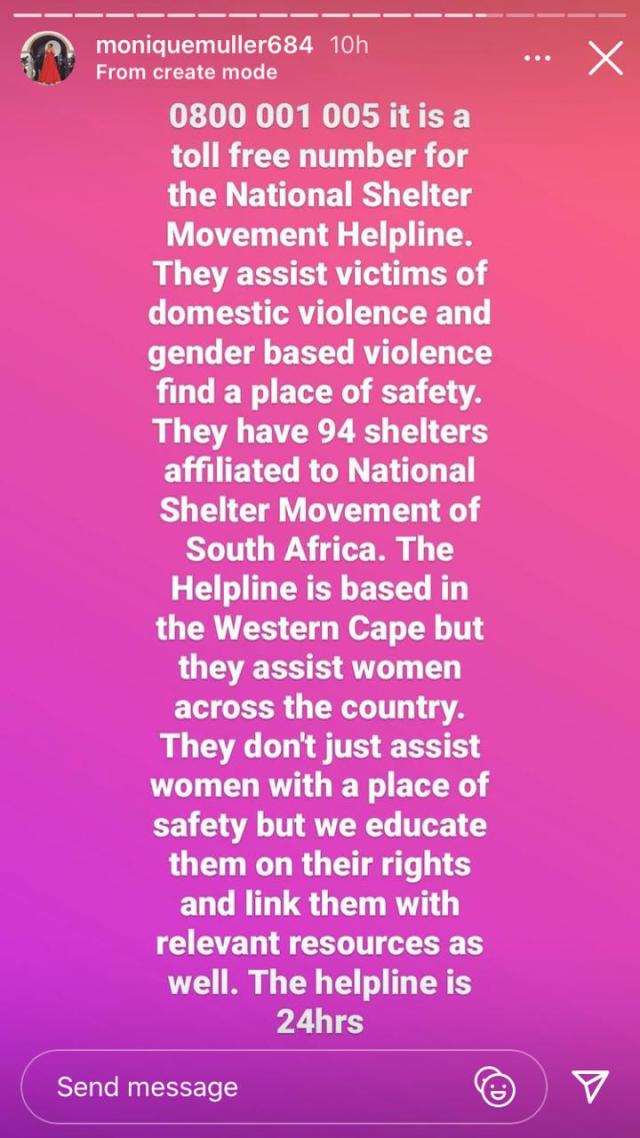 She further expressed her sadness about the fact that Lenhardt seemed so hopeless that she felt death was the only way out despite the fact that she would be leaving her son behind.

Muller – who is currently embroiled in a legal battle with her ex – then took a pot shot at her own followers. 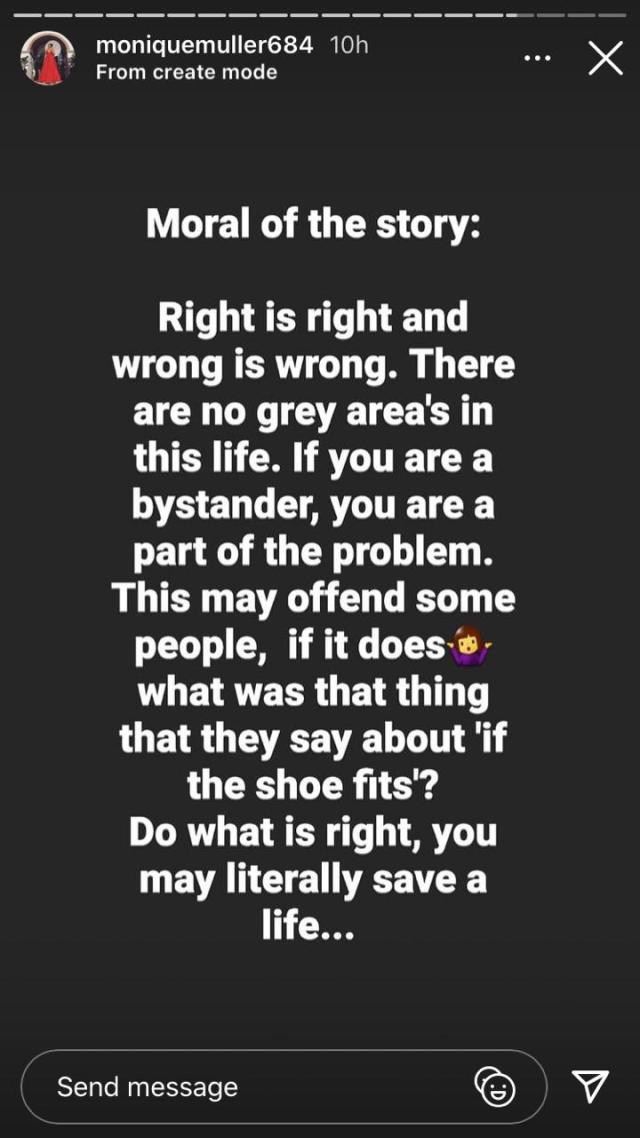 “Here’s the saddest part, many of you reading this will feel sad or sorry for her… some will find reasons to blame her. Some knew all of this and stood by and watched her demise. Some of you are enablers obviously and unobviously.”

“I know this for a fact as I can see who views this,” proclaimed Muller.

She then alerted her followers, who may find themselves in an abusive situation, to an app called Vault where they could store their “receipts” in a manner that is accessible to legal professionals.

So what exactly was Muller trying to tell us? She summed it up in one screenshot.