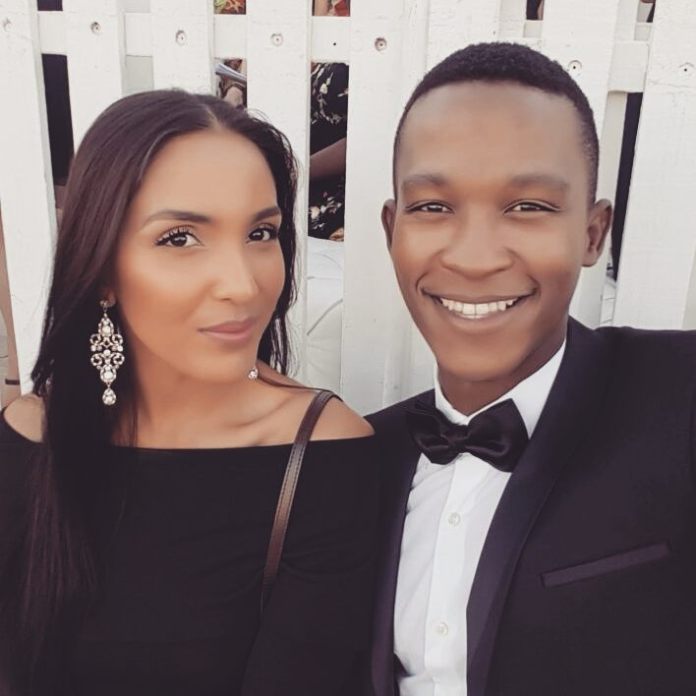 Disgraced TV presenter Katlego Maboe sent letters of demand to his ex-wife Monique Muller, her brother Seth Muller, Women For Change, and the SA Film and Television Awards (Safta), to retract and apologize statements made against him.

According to one of the letters seen by the Cape Times, Maboe’s lawyers are demanding R1 million in compensation for damages.

“It is our instructions that the allegations are factually untrue and caused injury to Katlego Maboe’s reputation and ability to earn an income,” says the letter.

Maboe, 34, was embroiled in a scandal involving infidelity and domestic violence allegations levelled against him by Muller last year.

In a video that went viral, allegedly taken by Muller, Maboe is heard admitting to having an affair with a former employee.

Shortly after the release of the video, the presenter was suspended from SABC 3’s The Expresso Show and OUTsurance announced the removal of all his TV advertisements.

Maboe’s attorney, André Johnston, on Thursday confirmed that letters of demand were issued.

“I have been instructed to commence proceedings against those persons.

“I will vindicate my client’s name.

“They have three weeks from today to respond.

“Failing a settlement, I will issue summons,” he said.

The Saftas on Thursday said they did not have any comment on the matter.

Women for Change did not respond by deadline, while Muller said she was made aware about the letter through the media.

“I am and have been made aware from all journalists that apparently there is a letter of command, I have not yet received, so I am extremely curious as to how all journalists got their hands on this,” she said.

Writing a lengthy social media post, shared on his Instagram page, titled ‘Gratitude’: “The past year has taken so much away from all of us and for some of us, it has taken everything.

“Be that as it may, I still firmly believe that there is so much to be grateful for especially while facing daunting prospects.

“The very breath in our lungs is a signal that echoes the need for gratitude amidst the raging storm – not so much as to brush off as insignificant the challenges we have gone through and still face daily, but as a firm stance to affirm that we will not be defeated.”