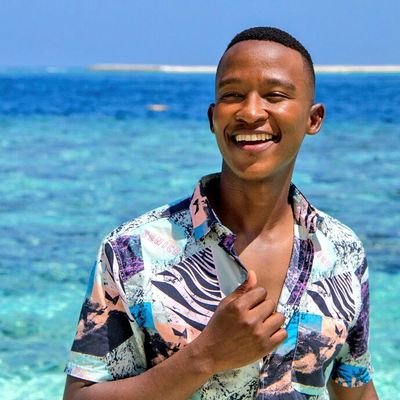 Ex-Expresso presenter Katlego Maboe was arrested and appeared in the Goodwood Magistrate’s Court earlier this month for being in contempt of court.

The arrest is believed to be linked to a harassment case, opened by his former partner Monique Muller, after he allegedly violated a protection order she had been granted against him last year.

News of their troubled relationship was made public in October, when a video Muller had recorded of Maboe admitting to being unfaithful went viral.

Katlego Maboe, former presenter of Expresso on SABC3 and former face of Outsurance commercials, was arrested earlier this month for being in contempt of court, Western Cape police confirmed on Sunday.

“Kindly be advised that a 34-year-old man was arrested on 2 January 2021 in Pinelands for contempt of court and appeared in the Goodwood Magistrate’s Court on 6 January 2021,” provincial police spokesperson Colonel Andre Traut said in a written response to a local publication query.

This comes after Sunday publication Rapport reported that Maboe had been arrested and had appeared in court earlier this month. Although the publication did not give details about the case, it is understood that Maboe appeared in a case involving his former partner Monique Muller.

When approached for comment on details around Maboe’s arrest and recent court appearance, his publicist Lerato Maleswena revealed that the allegations made against her client were “false and are an attempt by his former partner to harass and victimise him in order to cause him emotional harm, as well as reputational and economic damage”.

She said the matter was being heard in the Magistrate’s Court and was currently sub-judice.

Charges were false and vexatious’

“No further comment can be made and any party making comments to the media or publishing any allegations can be held in contempt of court,” she warned.

Maboe’s lawyer, Ellen Louis, said: “My client did not have to appear in court as the charges were false and vexatious and the senior prosecutor decided that there is no merits in the charges.

“This matter is currently on trial and all parties were warned not to communicate with the press, therefore we can’t give any further comments as it will prejudice my client.”

Louis, like Maleswena, said most of the allegations against Maboe were false and an attempt to cause him economical and emotional harm.

In late October, news of trouble in the couple’s relationship became public when Muller, who is the mother of Maboe’s two-year-old son, in a video accused him of allegedly giving her a sexually transmitted disease (STD), because of his infidelity, that damaged her womb.

In the video, Maboe, dressed in a gown, sheepishly admits to having cheated on her with another woman identified as Nikita Murray, a former Outsurance employee.

Outsurance says Katlego Maboe and Nikita Murray met ‘independently,’ she is not a current employee

n another video, Muller claimed that Maboe also physically abused her, saying that “when the first physical attack happened, I got a protection order against him”. Mired in public scandal, Maboe then disappeared from the public eye, and said in a terse statement: “I was unfaithful to my partner during a very important time of our lives – an act I regret to this day. We are currently undergoing an unfortunate and painful separation which is being resolved through legal proceedings.

“In light of the comments made against me, I would like to state that I have never abused my partner.”

Maboe was summoned to appear in court on charges of harassment, opened by Muller after he had allegedly violated a protection order in November 2020.

Maboe allegedly broke the stipulations of the protection order that Muller obtained on 3 September in Sea Point, Cape Town.

The case was postponed due to a docket that was not delivered to court on time News24 reported at the time. Maboe is disputing these charges as well.

He has since been let go from SABC3’s Expresso show produced by Cardova Productions, and was also dropped by Outsurance as the face of its commercials and replaced by Elana Afrika,

According to Rapport, Maboe has also allegedly kicked Muller out of their Sea Point flat in Cape Town and apparently stopped paying full rent.

Rapport had also reported that a complaint has been laid against Maboe’s lawyer, Ellen Louis, with South Africa’s Legal Practice Council over alleged text messages from her to Muller’s family. The family members claim the
messages were hurtful and sent them to the council.

In response to a local publication’s query about the allegations, Louis said: “I have never communicated with Monique Muller directly, but have requested her family to please stop sending my client messages and to address issues through her lawyer.”

The Western Cape branch of the Legal Practice Council has in the meantime confirmed that they are investigating the case and waiting for Louis’.