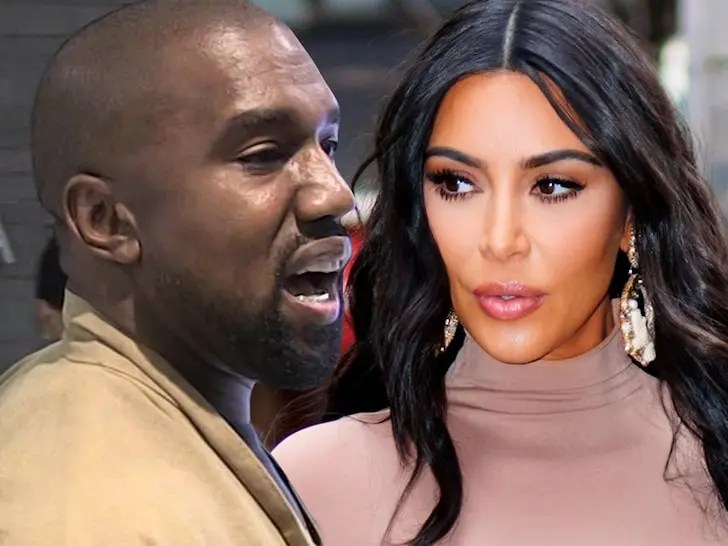 Kanye West has insisted he and his children don’t want him to get divorced from Kim Kardashian West, despite her filing to end their marriage earlier this year.

The 44-year-old rapper’s wife Kim Kardashian West – with whom he has North, eight, Saint, five, Chicago, three, and two-year-old Psalm – submitted documents to end their marriage in February, but the “Stronger” hitmaker insisted he hasn’t seen the paperwork and both he and his kids don’t want the separation.

Speaking on Revolt TV’s “Drink Champs”, Kanye – who recently changed his name to Ye – referred to the digs Kim made in her “Saturday Night Live” monologue about her divorce and said: “‘SNL’ making my wife say, ‘I divorced him’ on TV because they just wanted to get that bar off… And I ain’t never even see the papers, we not even divorced.
Insisting the divorce was “no joke to me”, he added: “My kids want their parents to stay together. I want us to be together.”

Kanye went on to claim “the media” didn’t want him and Kim to be together and said he’d spoke to his pastor about his marriage and “wanting to put his family back together. The “Bound 2” hitmaker revealed he had confronted Drake on a group text – which included Kim, Kid Cudi, Pusha T, Travis Scott and Jay-Z – about the “Hotline Bling” singer’s lyrics suggesting he had slept with the ‘Keeping Up With the Kardashians’ star.

“One of the lines I said that was legend was, ‘I’m worth more than all of y’all on this text combined’… I had this conversation with Drake that’s like, ‘I never f***** Kim,’ but I was like, ‘But you acted like you did… Did you ever DM her? Everything else around it—you know, ’cause it ain’t about just the actual act of it.